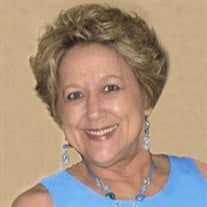 TOMI SUE THOMAS HARROLD Henderson, TN: Tommie Sue Thomas Harrold age 69 passed away Monday, August 10, 2020 at her home. She was born March 15, 1951 in Henderson, the daughter of the late Tillman Hugo and Jessie Leo Cox Thomas. She graduated from Chester County High School in 1969. She was an outstanding basketball player and was the MVP of the State Tournament in 1969. She went to Memphis State. She worked as a teller at Chester County Bank and worked part time at Old English Inn Restaurant and Old Town Spaghetti Store. She later received her Associate Degree at Jackson State in nursing. She married Michael Harrold in 1994 and they made their home in Jackson, Hixon near Chattanooga, and then Charleston, SC. She was a travel nurse and also worked in the ER in Summerville, SC. They lived in Seymour, TN before moving back to Henderson in the fall of 2018. She loved interior decorating, cooking with her family, and enjoyed laughter. Mrs. Harrold is survived by her husband, Michael Dale Harrold of Henderson; a daughter, Dana Weeks Flinner of Charleston, SC; two stepsons, Michael Dwayne Harrold of Decatur, AL and Paul Issac Harrold of Henderson; six grandchildren, Lauren Kelly Flinner, William Wade Flinner, III, Colby Michael Harrold, Abigail Grace Harrold, Emalyn Kay Harrold and Layla Bess Harrold and two sisters, Bobby Jean Thomas Sharp of Florida and Dorothy Nell Thomas Scott of Seymour, TN. She was preceded in death by her parents and a daughter, Kelly Jo Cox in 1993 and a sister, JoAnn Thomas Pope. The family will host a Celebration of Life reception on Thursday August 13th, from 3:00 pm until 6:00 pm at their home at 500 Guy McAdams Road east of Henderson. Memorials may be made to St. Jude Children’s Hospital. Shackelford Funeral Directors of Henderson 731-989-2421

The family of Tommie Sue Thomas Harrold created this Life Tributes page to make it easy to share your memories.

Send flowers to the Harrold family.