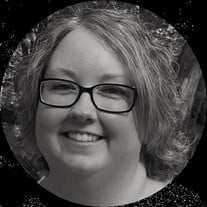 Tracy Young Grantham passed from this life Saturday evening, October 9, 2021, at Jackson-Madison County General Hospital. She was born Tuesday, January 16, 1979 in Memphis, the daughter of Dewey Franklin Young and the late Linda Ann Cox Young and lived most of her life here in the county. She was a 1997 graduate of Bolivar Central High School and received her Associates of Arts degree from DeVry University. She married "Snapper" Grantham on December 29, 1997, and together they raised their two children, Marissa and Hayden. Tracy worked in customer service at several retail locations, but her passion was crafting. She owned and operated T&S Designs, selling her works to all interested and was well known for her creativity. Tracy loved her family dearly and being around her dogs, Bentley, Toby, Whiskey, Bluebelle, Zelda and Midnight. She was a member of Cloverport Baptist Church. Survivors include her husband, "Snapper" Grantham of Toone; a daughter, Marissa Grantham of Toone; a son, Hayden Grantham of Toone; her father, Dewey Young of Henderson; a sister, Marti Young House of Millington; two brothers, Vance Hudson of Jackson and Michael Young of Silerton; a granddaughter, Alex Hopper; and nieces and nephews, Adam Corder, Briar Young, Anna Young, Mikayla Jackson, Annabella House, Hailey Grantham, Hudson Grantham, Chris Grantham, Jordon Gentry and Leah Gentry. In addition to her mother, she was preceded in death by her maternal grandmother, Anna Belle Stack York and her paternal grandparents, Statler "Stat" Young and Mary E. "Tot" Young. Memorial contributions in her name may be sent to Cloverport Baptist Church or Silerton Cemetery.

The family of Tracy Young Grantham created this Life Tributes page to make it easy to share your memories.

Send flowers to the Grantham family.