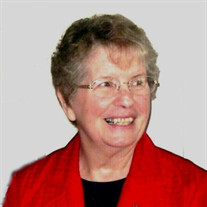 Vala Mae Garrett Cartwright Born February 28, 1938 in Nimmons, AR, to George Hester Garrett and Cora McKuin Garrett, she died in Memphis, TN, on March 23, 2021. Val married James Finis Cartwright, son of Catherine and Finis Cartwright on June 30, 1957 at Berclair church of Christ in Memphis, TN. They had two children, Trina Cartwright Peery, married to Patrick Alan Peery, and James Russell Cartwright, married to Sherry Denise Herring Cartwright, and a foster son, Daryl Lex Christian, married to Gisella Christian. They had six grandchildren: James Douglas Peery, married to Hailey Hunt Peery, Gordon Russell Cartwright, Garrett Catherine-Marie Peery, Corey Heath Cartwright, married to Jessie Pyland Cartwright, Alana Peery and Reese Edward Cartwright. Preceded in death by her husband, Jim, and her brother, Billy Gene Garrett, she had two sisters-in-law, Donna Irvin Garrett and Mary Irene Blocker (Billy). She had one niece, Nikki Deanne Blocker (Ashley), and two nephews, Justin Martin Blocker (Joanie), and Eric Dennis. Val graduated from Bragg City High School at age 16 and moved to Memphis. She worked as a secretary for Mike Crimmins at Gates Rubber Company until they both retired March 7, 1996. She was a faithful member of Henderson church of Christ until her death. She loved God and her family, reading, competitive roller skating (although wholly uncompetitive herself), motorcycle trips with the Grand Canyon Riders, and entertaining. She did not like to cook but was famous for her New Year’s Eve spaghetti suppers, Tuesday night dinners and Quince Rd. Visitor’s Lunch. She was cheerful, positive, optimistic, kind and friendly to everyone. She remained fiercely independent and never shied away from a difficult task. Val loved cleaning and organizing and liked to get up early on Saturdays to defrost the freezer. A bookkeeper at heart, she managed to do more with less, but never let her children want for anything. She believed in strong teeth and strong feet. No six month check-up was ever allowed to be missed, and every child got new “school shoes” every September, even the ones in their 50’s. She could fix anything with her office supplies. If she had her stapler, her tape dispenser and her paper clips, she could reconstruct the Eiffel Tower or repair a skating costume. As a friend, she was unmatched. She was supportive and could always see the positive in people. She loved to laugh and had the prettiest smile. Val never wanted to ask for help but would be there in an instant if help were needed. As a mother, in-law, and grandmother, she was our biggest cheerleader, problem solver, backup, keeper of the schedule and friend. We have lost our glue, but she made sure we were all really sticky. We are comforted in conviction that she is at peace and with Daddy and Uncle Billy. We are who we are because of her. In lieu of flowers, donations may be sent to St. Jude Children’s Research Hospital. Funeral services will be 11:00 AM Saturday, March 27th at Shackelford Funeral Directors – Crook Avenue with Roy Sharp and Ben Flatt officiating. Burial will follow in Grand Junction Cemetery at Grand Junction, TN. The family will receive friends at Crook Avenue 5:00 PM until 8:00 PM on Friday. Family request face covering be worn and mindfulness of social distancing be practiced. Shackelford Funeral Directors of Henderson 731-989-2421

The family of Vala 'Val' Garrett Cartwright created this Life Tributes page to make it easy to share your memories.

Send flowers to the Cartwright family.