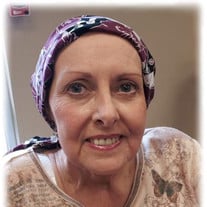 Virginia "Dee" Martin was born Virgina Catherine Fisk in Leavenworth, Kansas on March 8, 1947. Her vibrant personality and beautiful smile made it a natural for her to have a life surrounded by people which began the moment she let the world hear her voice. She started entertaining as a singer at the very young age of 4. Beginning on a radio program, standing on a crate to reach the microphone, and moving on to the television show "The Red Foley Show" at the age of 6. Her talents moved her all over our country from Memphis to California with a stop in Alaska and back home to the south. She has traveled the world and performed with many artists such as Don McMinn, John Mayhall, Joe Cocker, Greg Allman, Eric Clapton, Ronnie Milsap, Robin Trower, Jimi Jamison, Eric Burden, Rufus Thomas, Buddy Miles, QT Macon, Fabian, Allen Toussaint, the Neville Brothers, and the Average White Band. Her musical career was recently awarded with an induction into the 2015 McNairy County Hall of Fame. The induction ceremony was her last public performance which ended with a standing ovation. Her granddaughter, Dana Messer, joined her on stage for a song. Dee loved that her family continued the tradition of music. Her last musicial recording was done at Ardent Studios in Memphis Tennessee. It was a guest track of "Next Time You See Me" that was added on the family band CD. She recorded with both her daughter and son as well as grandson Michael McMinn. Her downtime was often spent with family and close friends enjoying some music, a good card game, and some great food. She knew the value of making a memory and she blessed our family with an abundance of them. Dee married Eddy Jack Martin on June 27th 1987. Their free spirits connected them at the heart. Forever following their passions, they each supported the other in their pursuit for happiness. Dee was the one who came up with the idea to start "Hockday's Broomcorn Festival" because she wanted more people to be able to see the art in the world and the festival delivered with an abundance of artisians gathered together here in Selmer. Her husband's craft of broom making sparked a movement for the arts and Dee fanned the flames until the festival came to life. She passed from this life on Wednesday, December 16, 2015 while listening to some music with her husband, relaxing together as they had done many times before. She was met in heaven by her parents, Catherine and Noble Fisk, her sister Doris Collins, and her brother Charles Rainey. She is survived by her husband, Eddy Jack Martin, sister Bobbie Buchner (Jack), daughter Lorina McMinn, son Doug McMinn (Mandy), granddaughters Kera McMinn and Dana Messer, grandsons Sterlin McMinn and Michael McMinn and a great grandson Dominic Peterson. Her character and temperment can best be shown from the first time she was diagnosed with that ugly word cancer until she left this world for the beauty and promise of the next. Although she had every right to cry, be mad, or even fall into a depression after her diagnosis, she instead loved and lived every moment she was given. Neither hard times nor cancer would rob her of who she was. Always graceful,until God called her home.

Virginia "Dee" Martin was born Virgina Catherine Fisk in Leavenworth, Kansas on March 8, 1947. Her vibrant personality and beautiful smile made it a natural for her to have a life surrounded by people which began the moment she let the world... View Obituary & Service Information

The family of Virginia C. Martin of Selmer, TN created this Life Tributes page to make it easy to share your memories.