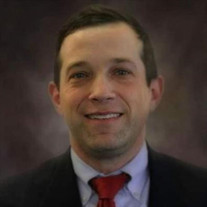 Representing Tennessee’s slogan from birth, William Andrew “Drew” Daniel arrived into this world on April 22, 1975, ready to volunteer! Parents Jimmy and Peggy Daniel were both highly involved in their city, county, state, and country; thus Conservative Activist Drew had the perfect patriotic role models to emulate. He was taken everywhere they went, from serving in their community to campaigning across the country. This instilled a deep sense of purpose in him to serve others. Instead of playing with toys or riding tricycles, young Drew was busy continually writing on his favorite item: the chalkboard. He memorized names, numbers, addresses, rosters (he knew every single Cubs player's stats from inception), even license plates of every car that came to the house. His uncanny photographic memory came in handy not only in school work but also in being able to retain a vast amount of information on literally everything. Before the Internet…there was Drew Daniel. Though highly intelligent and academically successful, he was very humble and just wanted to help others. Drew Daniel was everyone’s cheerleader! While being raised in Selmer, Tennessee, he was an active member of the 1st Baptist church, a member of a multitude of school and local organizations, a delegate to Boys State and Governors School for International Business, an exemplary Eagle Scout, and a gifted musician. This proud MCHS Bobcat graduated with the highest honors and a full band scholarship to the University of Memphis. It was there he became a lifelong Tigers fan, member of Phi Sigma Kappa fraternity, served on the Student Government Association, a member and greeter of High Point Church, and was a valuable volunteer for every committee, campaign, and cause that promoted positive gains and goals for his campus, his city, and his country. This passion for servitude would be carried through his entire life. With academic memberships in Pi Alpha Alpha, American Society of Public Administration, Pi Sigma Alpha, Omicron Delta Kappa, Golden Key National Honor Society, and the Dean’s List…Drew graduated with a BA in Political Science and Government and a Master of Public Administration Magna Cum Laude. Drew entered the workforce at the Shelby County Trustee Office serving as Administration Specialist, Accountant and Bankruptcy collector. He later became a Financial Advisor at First Command Financial Services, and a Financial Services Professional at New York Life Securities LLC. His multitude of offices include: District Commissioner for the Chickasaw Council Boy Scouts and Assistant Scoutmaster of Troop 40, Midtown Memphis Rotary Club Board Member, University District, Inc Treasurer, Memphis City Beautiful Commissioner, Greater Midsouth Jaycees Treasurer, Normal Station Neighborhood Association Area Coordinator and President East Shelby Republican Club Officer, Shelby County Young Republicans Chairman, Secretary, and National Federation Assistant Treasurer, Shelby County Republican Chairman, Shelby County Republican Steering Committee District 93, Tennessee Board of Occupational Therapy, Tennessee Young Republicans Federation Chairman, Secretary, and West TN Director, Tennessee Republican Party State Executive Committeeman District 33, YRNF Executive Board, Republican State Executive Committee, 2016 Tennessee Electoral College Representative, 9th Congressional District Representative for Tennessee, 2019 Statesman of the Year for the 9th District Though one could not imagine Drew could possibly have time for anything else, he enjoyed going to a variety of sporting events, festivities, fundraisers, and travels…all for the fellowship with fine friends. One of the impressive solo activities he started out his early morn with was to run at least 10 miles a day. He had moved up to running half marathons most days. Even when all of Memphis was frozen solid and silent in a subzero snowstorm… Drew was still running. He had made himself a challenge, and he would #ownit! Drew strived to inspire others to be a part of something greater…to be the absolute best that they can be in whatever they pursue. He encouraged others to work hard, to give joyfully, to always do the right thing even when it is not the popular choice. He embraced love, exuded loyalty, and exalted the Lord. On March 3, 2021, Drew entered Heaven to join Jesus and his precious parents Jimmy and Peggy Williams Daniel, paternal grandparents Bedford Eugene and Jessie Blankenship Daniel, maternal grandparents Oscar Reggie and Jewel White Williams, and a host of loved ones. Survived by his beloved brother Mike Daniel of Union City, sister Melanie Daniel Pafford and brother-in-law Kent Pafford of Memphis Tennessee, Drew left behind a vast volume of volunteers, a legacy of leadership, a multitude of motivators, and a phenomenal number of faithful friends, fans, and family who will continue to honor his life. In lieu of flowers memorial donations can be made to the McNairy Central Band - Selmer, TN, University of Memphis Tiger Scholarship Fund and Boy Scouts of America Chickasaw Council.

The family of William Andrew "Drew" Daniel created this Life Tributes page to make it easy to share your memories.