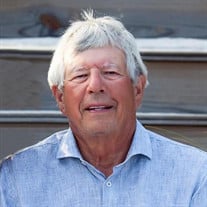 William Gary Kerby, born January 9, 1947, entered into the presence of his Savior on Wednesday, April 13, 2022. He was, no doubt, welcomed to eternal celebration by his beloved parents, Willie Jo (Carothers) and Joe Cecil Kerby. Gary was born and raised in Selmer, Tennessee. Gary met the love of his life, Terrie Ruth Maxedon, at the Selmer City Pool when they were just teenagers. They married on July 25, 1969, and it was a fairy tale love story for the ages with Terrie never leaving Gary’s side during his valiant fight against cancer. Gary was an outstanding athlete at Selmer High School, excelling in basketball and helping his team advance to two state tournament appearances. After graduation from Selmer High School in 1965, Gary earned a basketball scholarship to Memphis State University and later transferred to and graduated from Lambuth University where he continued to play basketball. Gary, nobly and with pride, wore the colors of the United States Army in service to his country, having served two years as a Military Policeman with most of his tour of duty being in Germany. Gary was proud of his service and proud of his country and was a true Patriot. Gary was honorably discharged in 1973. Gary was an entrepreneur at heart and started The Sawmill Furniture Company in 1976. The successful company was known by all to be an incredible place to work as Gary had an innate ability to treat each employee as family. Gary became interested in real estate in later years, developing numerous rental properties in Selmer. He was a lover of nature and enjoyed pouring his time into the developing and the buying/selling of land throughout McNairy County and its surrounding counties. Gary received numerous awards for his real estate endeavors while working with Robert Hicks and River City Realty. Up until his death, Gary was pouring his heart into the Kerby Family Farm in Bethel Springs, Tennessee. Just weeks ago, he went for the last time to the farm to oversee creating a picnic area and gathering place for those in the area to enjoy for years to come. Those who knew Gary knew how much he loved good food and travel. He never failed to tell you about his most recent “best meal he ever had”. His friends came to expect the lengthy, often-exaggerated, descriptions of food he had enjoyed with Terrie. Lively, raucous meals with family and friends truly brought Gary great joy. Gary’s deep-rooted faith sustained him through the years. It guided almost every thought he had and every decision he made. Gary’s faith only grew in recent years and he read his Bible every day the past five years. He had a keen memory and a true gift for memorizing scripture. He often loved quizzing his family on Bible verses. Gary lived his life according to “To whom much is given, much will be required”. Luke 12:48. Gary gave back to his beloved community in countless ways - many of which were done anonymously as he wanted the attention focused on the cause and not the giver. Gary knew he had been blessed immeasurably and felt a calling to give back whenever he could. Gary’s greatest love and most treasured gift was his family. God blessed him with long legs to keep up with the many activities and shopping adventures with his three beloved daughters. Known as “Papa” by his thirteen (13) grandchildren and great-grandchild, he loved traveling with Terrie, known as “Mimi”, never missing an important event from their baptisms, to sporting events, to graduations. Some of his greatest memories were having all his family at the beach together one week every year. Papa will be missed by the friends of his children and grandchildren as they loved when Papa and Mimi came to visit. Gary will be missed every single day by his beloved wife, Terrie, their three children, Tammy (Todd) Moorman, Jill (Jimmy) Gray, and Julie (Tom) Turner. Gary leaves behind an amazing legacy not only through his daughters but also through his grandchildren and great-grandchild: Mason, Parker, Anna and Walker Moorman; Kerby Gray (Lilly), Kaitlyn Davis (Josh), Luke Davis, Kensley, Keaton, Katherine, and Khloe Gray; William, Hudson and Juliana Turner. Gary also leaves behind his cherished mother-in-law, Marie Counce Maxedon, brother-in-law, Wayne Maxedon, and first cousin, whom he loved like a brother, Terry Phillips. Along with his parents, Gary was preceded in death by his father-in-law, P.J. Maxedon. In lieu of flowers, memorial gifts may be made to Jesus Cares McNairy, https://jesuscaresmcnairy.org/index.php/donate/donate-money

William Gary Kerby, born January 9, 1947, entered into the presence of his Savior on Wednesday, April 13, 2022. He was, no doubt, welcomed to eternal celebration by his beloved parents, Willie Jo (Carothers) and Joe Cecil Kerby. Gary was born... View Obituary & Service Information

The family of William Gary Kerby of Selmer, TN created this Life Tributes page to make it easy to share your memories.

Send flowers to the Kerby family.