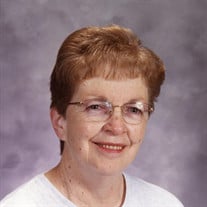 We regretfully announce the passing of Wilton Cook Glenn of Waynesboro, Tennessee. Wilton departed this life on November 24, 2021 in Waynesboro, Tennessee at the age of 83 years, 2 Months, 18 Days. Wilton was born to Mariel and Bulah Cook on September 6, 1938 in Collinwood, Tennessee. A kind and servant-hearted personality from the beginning, Wilton was an excellent older sister and helped her parents with her younger siblings and with household chores.  As an adult, Wilton began working at Mabel’s Restaurant. Through this job, Wilton met John Glenn, who she married on June 26, 1964. John passed away a few weeks after their union on August 8, 1964. Wilton spent most of her working years at Genesco Shoe Factory, which she thoroughly enjoyed. After she was unable to continue working, Wilton became a homemaker and helped care for her nieces and nephews. She was a talented seamstress and baker, and she made many quilts and yummy treats which she generously shared with her friends and family. Much later in life, Wilton began a new work endeavor in the cafeteria at Waynesboro Elementary School. She loved seeing the school children and visiting with her co-workers. Throughout her life, Wilton was a dedicated member of Upper Green River Baptist Church. Each Christmas, she volunteered with her church to assemble and distribute gift baskets to needy families. Wilton is survived by two sisters, Ellen Moody of Athens, TN, Lavonne Harris of Lawrenceburg, TN; two sisters-in-law, Janis Cook of Collinwood, TN and Patsy Cook of Waynesboro, TN. She is also survived by her nieces and nephews, Mark Cook, Robert Moody, Tracy Gilmore, Stephanie Lacy, Richard Cook, and Candace Bass as well as several great nieces and great nephews.  In addition to her parents, Wilton was preceded in death by her husband, John Glenn; four brothers, William Wilkie Cook, Marshall Cook, Carlie Cook, Allen Cook, and a sister, Mabel Cook. Richard Cook, Mark Cook, Todd Lacy, Alden Bass, Ronald Burdett, and Randy Butler will serve as pallbearers, and James Cole as an honorary pallbearer.  Visitation will be held on Friday, November 26, 2021 from 4:00 PM until 8:00 PM and again on Saturday, November 27, 2021 from 9:00 AM until service time at 11:00 AM, all at Shackelford Funeral Directors in Waynesboro. Services will be held on Saturday, November 27, 2021 at 11:00 AM at Shackelford Funeral Directors, Waynesboro, with Cary Crews officiating. Burial will follow in the Copeland Cemetery at Collinwood with Shackelford Funeral Directors assisting.  In lieu of flowers, donations can be made to the American Cancer Society in her memory.

We regretfully announce the passing of Wilton Cook Glenn of Waynesboro, Tennessee. Wilton departed this life on November 24, 2021 in Waynesboro, Tennessee at the age of 83 years, 2 Months, 18 Days. Wilton was born to Mariel and Bulah Cook on... View Obituary & Service Information

The family of Wilton Cook Glenn created this Life Tributes page to make it easy to share your memories.

We regretfully announce the passing of Wilton Cook Glenn of Waynesboro,...

Send flowers to the Glenn family.