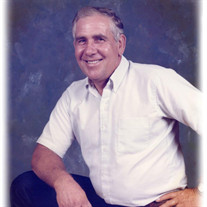 Wm. Covie Qualls departed this life on Thursday, January 20, 2022, at the age of 86 years, 7 months, and 20 days. He was born in Waterloo, Alabama, on May 31, 1935, the son of Lena Mae Hubbard Blount. On May 19, 1959, he was united in marriage to Virginia Rose, who survives. Covie served his country honorably in the United States Army. He was a foreman for United Gunite and Construction Co. in Florence, Alabama. He was a former member of First Assembly of God Church and loved to read, watch westerns, baseball, and car racing. Covie is survived by his wife of 62 years, Virginia Qualls of Savannah, Tennessee; daughters, Diane Story and her husband Joe, and Ginger Daniel and her husband Ron, all of Savannah, Tennessee; grandchildren, Christy Shelby, Jolie Ferrara, Kaitlin Qualls, Mickay Brown, Kallie Daniel, and Wade Daniel; great grandchildren, Faith Ann Shelby and JC Shelby; brothers, Howell Glover of Johnson City, Tennessee, Jahue Blount, and Emm Blount, both of Savannah, Tennessee; and sister, Virginia Peterson of Savannah, Tennessee. In addition to his parents, Covie was preceded in death by a son, Mickey Qualls and a brother, Jim Blount.

The family of Wm. Covie Qualls created this Life Tributes page to make it easy to share your memories.

Send flowers to the Qualls family.