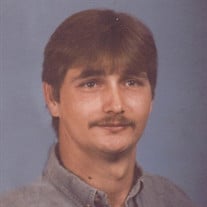 Daniel Lee Williams was born March 3, 1968 in Ripley, MS the son of the late Luther Leroy Williams and Lavonie Crum Williams. Daniel was united in marriage to Kimberly Knight on March 17, 1990. He was a member of the Grace Baptist Church in... View Obituary & Service Information

The family of Daniel Lee Williams of Selmer, TN created this Life Tributes page to make it easy to share your memories.