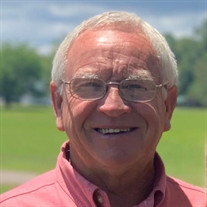 ﻿Jerry Lane Henson, 69, of Purdy, TN, died surrounded by his loving family on September 15, 2020 at Magnolia Regional Health Center following a hard fought battle with COVID-19. Jerry was born January 7, 1951 in McNairy County, TN, the son of Thomas Payne and Annie Belle Garner Henson. He was a 1969 graduate of Bethel High School and had been self-employed for many years. Jerry was a talented plumber, carpenter, and electrician and had earned the reputation of being exceptional at getting the job done right. There was no job too big or too small for him and his sidekick and brother-in-law, James Surratt. Jerry worked with a smile on his face and would gladly accept payment in the form of cake, pie, cookies, or other baked goods. Jerry would give you the shirt off his back and never expect the favor to be returned. He was kind, honest, and hard working. Jerry spent many mornings socializing over breakfast with his friends at Purdy Store; he was the “unofficial” mayor of his beloved Purdy. Jerry married Sandra Kay Surratt on May 24, 1974 and was devoted to her and their girls. Jerry and Sandra loved to travel and were on a mission to visit all 50 states, which they were quickly on their way to accomplishing. You could often find Jerry on his Ranger, feeding his pond full of catfish, mowing the land he loved so much, or watching one of his children play ball. Jerry loved his church, Good Hope Baptist Church, and the members who were more like family. Jerry is survived by his wife of 46 years, Sandra Henson; two daughters Mendy Harmon Buczynski and husband Ryan of Adamsville and Lindsey Youngblood and husband Brian of Chewalla; four grandchildren, Barrett and Reed Harmon of Adamsville and Sadie and Harper Youngblood of Chewalla; three brothers James Henson and wife Connie of Selmer, Jeff Henson and wife Belinda of Purdy, and Anthony Henson and wife Suzanne of Eastview; three sisters Shirley Harris and husband Bill of Selmer, Judy Lynch and late husband Larry of Bethel Springs, and Phyllis King and husband Paul of Selmer. Jerry is also survived by 17 nieces and nephews. In addition to his parents Jerry was preceded in death by two brothers Bobby Henson, Sr. and Sammy Henson. Memorials may be made to Good Hope Baptist Church.

The family of Jerry Lane Henson Selmer, TN created this Life Tributes page to make it easy to share your memories.

Send flowers to the Henson family.