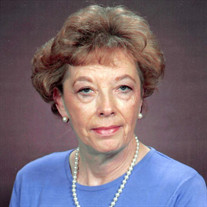 Kathryn Durham Beaty passed from this life on Tuesday, April 5, 2022 at the age of 83 years, 6 months, and 9 days in Memphis, TN. Mrs. Beaty was born Tuesday, September 27, 1938 to the late William Albert and Vivian Kathryn Baskin Bomar, in Munford, TN. She earned her Bachelor of Science degree at UT Martin and her Masters degree at the University of Memphis (formerly Memphis State University). She and Dr. C. Lyle Durham, Jr., who passed on January 26, 1976, were married on December 28, 1960 and lived in Alamo. In 1969 they moved to Bolivar, TN where he became the Chief of Medical Staff at Western Mental Health Institute and she a beloved educator in the Hardeman County School System (for 24 years). On April 10, 1979, she was married to Samuel Ernest Beaty who passed on July 8, 2000. During her 53 years in Bolivar, she was a member of the Hardeman County Arts Council and the Association for the Preservation of Tennessee Antiquities (APTA). A member of Bolivar First Baptist Church, she enjoyed teaching Sunday School, serving as librarian, and was a regular volunteer with Loaves and Fishes and Homebound Ministries. She also enjoyed being a part of the church choir and performed in many annual Living Christmas Tree presentations. Mrs. Beaty was a member also of Delta Kappa Gamma Society. She leaves behind two daughters, Cindy Roop and husband Walter of Germantown, TN and Jennifer Davis and husband Doug of Starkville, MS; a sister, Brenda McCallie and husband Robert of Knoxville ; a brother, Jerry Bomar and wife Diane of Munford; four grandchildren, Tyler and Olivia Roop, and Emma and Eli Davis; and by several loving nieces and nephews. She was also preceded in death by a sister, Joyce Reeves. The family requests memorials be sent to Bolivar First Baptist Church, 826 W. Market St., Bolivar, TN 38008, or Memphis Young Life Capernaum [https://memphiscapernaum.younglife.org/].

Kathryn Durham Beaty passed from this life on Tuesday, April 5, 2022 at the age of 83 years, 6 months, and 9 days in Memphis, TN. Mrs. Beaty was born Tuesday, September 27, 1938 to the late William Albert and Vivian Kathryn Baskin Bomar, in... View Obituary & Service Information

The family of Kathryn Durham Beaty created this Life Tributes page to make it easy to share your memories.

Kathryn Durham Beaty passed from this life on Tuesday, April...

Send flowers to the Beaty family.