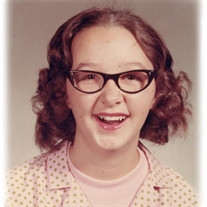 Linda Lou Gobble was born September 15, 1953 in Lewis County, TN the daughter of the late Ronald and Minnie Nora Melton Gobble. Miss Gobble was a member of the County Line Church of Christ in Lawrenceburg, TN. Miss Gobble departed this life on June 6, 2022 in Columbia, TN at the age of 68 years, 8 months, and 22 days. She is survived by a sister, Brenda Adams and husband Douglas of Clifton, TN; two brothers, Terry Gobble of Lawrenceburg, TN, and Mikeal Gobble of Lawrenceburg, TN; and an aunt, Mildred Linderman of Savannah, GA. In addition to her parents, Miss Gobble was preceded in death by a brother, Randy Gobble. Visitation will be held on Wednesday, June 8, 2022 from 5:00 pm until 8:00 pm at Shackelford Funeral Directors in Waynesboro, TN. Funeral services will be held on Thursday, June 9, 2022 at 11:00 am at Shackelford Funeral Directors in Waynesboro, TN with Bro. Neal Fain officiating. Burial will follow in the Highland Methodist Church Cemetery at Lawrenceburg, TN.

The family of Linda Lou Gobble of Lawrenceburg, TN created this Life Tributes page to make it easy to share your memories.

Send flowers to the Gobble family.