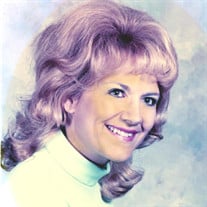 Shirley Marion Holder Bruce, age 86, lately of Decorah, Iowa, passed away on April 7, 2022. Shirley was born on February 21, 1936 to Fred Holder and Opal Walker Holder in Rogersville, Alabama. Shirley grew up in Savannah, Tennessee, and was the youngest of four children. Her siblings were Clara Edna Holder Welch, Joel Holder, and Vina Flo Holder Cheek. After graduating from Central High School in Savannah in 1953, she went on to study nursing at Baptist Memorial School of Nursing in Memphis, Tennessee, with pre-clinical at Memphis State University. Her psychiatric clinical study and practice was at Gailor Psychiatric Hospital and her clinical study and practice of infectious disease was at West Tennessee Tuberculosis Hospital. After graduating from Baptist Memorial in 1956, she married Daniel W. Bruce, Sr., whom she met at Gailor Psychiatric Hospital, when she was a student nurse there. She worked in medical and surgical hospital nursing for more than 40 years in Kansas, Alabama, Tennessee, and Maryland. At Suburban Hospital in Bethesda, Maryland, Shirley worked as a staff nurse and then as the hospital evening supervisor before returning to school to finish her Bachelor's Degree in Nursing at Columbia Union College in Takoma Park, Maryland. Following graduation, she became the Head Nurse of the psychiatric unit at Washington Adventist Hospital in Takoma Park, Maryland. In 1978, she left Washington Adventist Hospital to work at the National Institute of Health in Bethesda, Maryland, and joined the United States Public Health Service at that time. Shirley worked as a psychiatric nurse, supporting research protocols for patients at the National Institute of Mental Health. While in this position, she completed her Master's Degree in Psychology at Hood College in Frederick, Maryland and received her certification as Clinical Specialist in Adult Psychiatric Nursing. In 1998, she retired from the National Institute of Health and from the United States Public Health Service with the rank of Lieutenant Commander. Shirley was an artist, and left many oil paintings and watercolors, primarily of flowers, but also of still-life’s and landscapes. Like her mother before her, Shirley also loved landscaping, and her shrubs and flowers brought her great joy. She enjoyed floral arrangement and design, created for the family to enjoy on many special occasions. A collection of her paintings and descriptive narrative can be viewed on her memorial page on Facebook. The only thing which brought Shirley greater joy than her flowers would be her babies, and she adored each one of them. They include seven children, 15 grandchildren, and 15 great grandchildren (and counting). Her children include Rebecca Bruce Loven (Scott), Linda Bruce, Janice Bruce Coker (David), Daniel William Bruce, Jr. (deceased 2014), Carol Bruce (Michael Bond), Diane Bruce Moore (deceased 2021), and Susan Bruce Greenwood (Rob). Her grandchildren include Becky's sons, Seth (Cora) and Cade (Tina); Linda's son, Andrew (deceased 2017); Jan's sons, David, Jr. (Lauren) and Dylan (Brittany); Danny's children, Meaghan, Danny (Noel), and Joey; Carol's son, Joey; Diane's children, Bryanne (Easton), Brittany (Jeremy), Hunter, and Houston; and Susan's daughters, Jenna (Caleb) and Christa. Shirley was predeceased by her parents (Fred and Opal), her siblings (Clara, Joel, and Flo), two of her children (Danny and Diane), and her oldest grandson (Andrew).

Shirley Marion Holder Bruce, age 86, lately of Decorah, Iowa, passed away on April 7, 2022. Shirley was born on February 21, 1936 to Fred Holder and Opal Walker Holder in Rogersville, Alabama. Shirley grew up in Savannah, Tennessee, and was... View Obituary & Service Information

The family of Shirley Holder Bruce created this Life Tributes page to make it easy to share your memories.

Send flowers to the Bruce family.