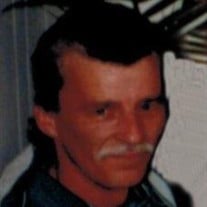 TOMMY STOUT Henderson, TN: Tommy Lee Stout age 68 passed peacefully away Monday, August 3, 2020 after suffering a massive heart attack the prior Saturday. He was born May 9, 1952 in Jacks Creek, the son of the late Robert and Allene Ross Stout. He attended schools in Chester County. Tommy had a love for mechanics, cars and trucks. He worked for most of the dealerships in Henderson. He soon learned he had a gift and he applied that gift to become the best automotive mechanic and body man in Chester County. Drag racing became his favorite hobby for many years. Tommy and his wife Betty spent 46 years raising their family in Chester County. They enjoyed camping, 4-wheeling, boating, theme parks and Sunday afternoon drives looking for new adventures. It was a good life Tommy loved his kids, there was no doubt about that. They were his life, always. He opened S & S Automotive and with his son Bryan operated a successful business in downtown Henderson. He later operated the business on his own. Tommy enjoyed work, whether at his shop or at home he was working. He and Betty loved yard work and their home. In 2017 he endured a serious illness, hospitalized for 6 weeks fighting for his life. He endured a slow recovery but kept working to take care of his family as he always had. He loved his family, he loved his friends. He will be missed greatly by so many. He is survived by his wife, Betty Jeanine Smith Stout; two sons, Bryan Stout (Farris) of Henderson and Shawn Stout of Panama City, FL; three daughters, Brandi Stout, Kasey Stout and Kylie Morrison all of Henderson; twelve grandchildren, Dustin Stout, Colby Stout, Maelyn Stout, Sydney Stout, Anna Stout, Elijah Stout and Weston and Easton McHaney, Dustin Morrison, Dylan Morrison Taelor Morrison and MaKayla Morrison; three great grandchildren, Hayden Stout, Liam Stout and Mylah Barner and two brothers, Lynn Stout of Memphis and Larry Stout (Jeanette) of Henderson. His grandchildren, Anna and Elijah were raised as not just Paw Paw, but the father that loved those kids so much. Anna and Elijah were his purpose for going on. They will need time to heal. He was preceded in death by his parents and a sister Imogene Ross Coccozza. Funeral services will be 2:00 PM Thursday, August 6th at Shackelford Funeral Directors – East Main Chapel with Ken Frye and Jonathan Kitchen officiating. Burial will follow in Unity Cemetery. The family will receive friends at East Main 11:00 AM until 2:00 PM on Thursday. Shackelford Funeral Directors of Henderson 731-989-2624

TOMMY STOUT Henderson, TN: Tommy Lee Stout age 68 passed peacefully away Monday, August 3, 2020 after suffering a massive heart attack the prior Saturday. He was born May 9, 1952 in Jacks Creek, the son of the late Robert and Allene Ross Stout.... View Obituary & Service Information

The family of Tommy Stout - Henderson created this Life Tributes page to make it easy to share your memories.

Send flowers to the Stout family.