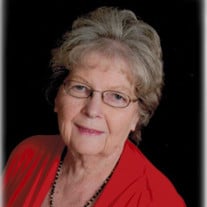 Ann Wallace Bailey Jacks Creek, TN: Mrs. Ann Wallace Bailey, age 84, passed away Saturday morning in her home. She was born and reared in Chester County, the Roby Community, the daughter of the late Thomas DeWayne and Audrey Ann Melton Wallace. She graduated from Chester County High School in 1956. She married Lance Bailey, February 22, 1958 and they made their home at Jacks Creek. She was a home economist with the Chester County Home Extension Service. She partnered with her husband, Lance in Bailey Construction as the bookkeeper. She had been a member of Unity Baptist Church for over 60 years where she taught Sunday school, was director of women’s missions, and was involved in the churches different works and ministries. She taught GA’s and Acteens at the church. She and Lance were involved in foreign missions with trips to Africa, Venezuela, and Mexico. She was active in Chester County Meals on Wheels and a member of the FCE Home Demonstration Club. She was a member of the Daughters of American Revolution. She is survived by her husband; son, Wade Bailey of Luray; daughter, Andrea Bailey Holland (Tony) of Jacks Creek; brother, Charles Wallace of Cordova; sister, Jean Coady of Bartlett; three grandchildren, Ashley Barnes (Joel) of Henderson, Heather Durham (Jeremy) of Beech Bluff, and Brittany Bailey; and four great grandchildren, Coleman Durham, Harper Bailey, Weston Barnes, and Hazel Durham. She was preceded in death by her parents; two brothers, Harold Wallace and James Wallace; sister, Mary Nell Lumpkins; and grandchild, Brian Lee Holland. In lieu of flowers please make any donations to Unity Baptist Church Jacks Creek, TN. Funeral Services will be Tuesday, November 02, 2021 at 11 AM at Shackelford Funeral Directors – Crook Avenue Chapel with Dr. James Huggins, Joel Barnes, and Heather Durham officiating. Burial will follow at Unity Cemetery. The family will receive friends at Crook Avenue Chapel from 4 PM until 8 PM Monday, November 01, 2021. Shackelford Funeral Directors of Henderson 989-2421

The family of Ann Wallace Bailey created this Life Tributes page to make it easy to share your memories.

Send flowers to the Bailey family.