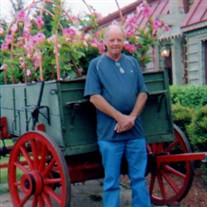 Billy Steve White departed this life on Sunday, November 8, 2020, at the age of 71 years and 10 days. He was born in Hardin County, Tennessee on October 29, 1949, the son of the late Pearl Lee Bonee White. On October 5, 1973, he was united in marriage to Jean Price, who preceded him in death on March 26, 2014. Billy retired from Aqua Glass after 25 years of service and perfect attendance. He enjoyed playing his guitar and singing gospel songs, spending time with his family, and loved sitting at the river. Billy is survived by his daughters, Stephanie Ward (Wesley) and Cassie Taylor (Lewis Murphy), all of Savannah, Tennessee; grandchildren, Savannah Ward, Beth Ward, Ashley Murphy, Brandon Frasher, and Emmalee Grace Frasher; great grandchild, Hazel Carroll; sisters, Mildred Stricklin of Savannah, Tennessee, Margie Melson of Savannah, Tennessee, and Edith Leath of Adamsville, Tennessee; and a brother, Cecil Wayne White and his wife Patricia of Savannah, Tennessee. In addition to his mother and his wife, Billy was preceded in death by his brothers, Roy White, James Wanda Reed, Buddy Reed, Theo Reed, and Sammy Reed.

The family of Billy Steve White created this Life Tributes page to make it easy to share your memories.