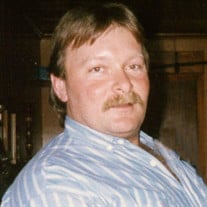 DANNY SMITH Henderson, TN: Charles Daniel Smith age 69, passed away October 11, 2021 at his home. He was born October 30, 1951, in the Sweetlips Community of Chester County, the son of the late Charles Perry and Johnnie Rhea Goodwin Smith. He grew up in Sweetlips and graduated from Chester County High School in 1969. He then attended Nashville Auto Diesel College and became a mechanic. He also served in the TN Army National Guard for six years. He farmed and did factory work before becoming a truck driver. He drove for Malone & Hyde, accident free for eleven years. He was Pentecostal in Belief. He married Barbara Ward Paulman in 1970 and they had a daughter, Tara Smith Johnson. He later married Janie Maharry in 1973 and they had a son Shane Smith. He married Vickie Gately on March 8, 1985. They made their home in Henderson. He loved motorcycles, horses, old cars, his farm, and most importantly, his family. Mr. Smith is survived by his wife, Vickie Lynn Gately Smith of Henderson; a son, Shane Smith and wife Shanna of Memphis and a daughter, Tara Anne Johnson and husband Kenny of Henderson; five grandchildren, Kirby Smith (Jennifer) of Lexington, Tatum Rinks (Josh) of Henderson, Caleb Smith of Memphis, Will Johnson (Madeline) of Henderson, and Zack Johnson of Henderson and four great grandchildren, Mackenzie Smith, Kynleigh Smith, Addison Rinks and Lily Anne Johnson; a brother, Randy Smith (Ann) of Henderson and three sisters, Donna Murphy (Wendell), Jackie Fletcher (Joe) and Betty Terry (Kenny) all of Henderson. He was preceded in death by his parents and a brother, Benny Smith. Funeral services will be 11:00 AM Thursday, October 14th at Shackelford Funeral Directors – Crook Avenue with Ricky Tedford officiating. Burial will follow in Sweetlips Cemetery. The family will receive friends at Crook Avenue 5:00 PM until 8:00 PM on Wednesday. Shackelford Funeral Directors of Henderson 731-989-2421

The family of Danny Smith - Henderson, TN created this Life Tributes page to make it easy to share your memories.