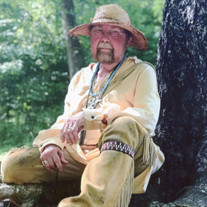 Dennis Ray Burgess passed peacefully from this life to his heavenly home on October 31, 2020. Dennis was born in Columbia, Tennessee on November 28, 1953 to DC Burgess and wife, Martha Burgess. He was preceded in death by his father DC, sister Brenda Sue Austin and sister-in-law Lucy Ann Burgess. He is survived by his wife of 40 years, Cindy of Savannah, TN; son, Nicky Burgess and wife Liz of Alamo, TN; daughter, Haley Surratt and husband Clay of Savannah, TN; mother, Martha Burgess of Savannah, TN; brother, David Burgess and wife Ann of Savannah, TN; brother-in-law, James Austin of Savannah, TN; and sisters-in-law, Patricia Huntley and husband David of Seymour, TN and Janet Burton and husband Randy of Newport, TN. He is also survived by his six wonderful grandchildren, Preston Surratt, Morgan Surratt, Rainey Burgess, Annie Burgess, Haven Surratt and Alice Burgess, numerous nieces and nephews, and his beloved dog, Abbie. Dennis moved from Columbia to Savannah in 1961 when his parents opened Burt’s Furniture. He began working in the store as a teenager and continued there after he attended MTSU for a short time. If you couldn’t find him at Burt’s, he was in the woods or at a rendezvous. He loved the outdoors and spent many hours hunting and enjoying God’s creation. He was a charter member of the Hatchie Run Longrifles since 1988, where he served as President numerous times. He enjoyed sharing his love of long rifles with demonstrations at various schools. He was also a Hunter Education Instructor for over 44 years. Dennis was a member of the Savannah Lions Club, where he had served two terms as President. He was a very active member of the Savannah Masonic Lodge #102 F & AM for 18 years where he was a Master Mason and served as Worshipful Master in 2016. Dennis also served as the Deputy District Chairman for the 26th District of the Grand Lodge of Tennessee F & AM. With his love for children, Dennis started the Masonic Food Box Drive where, every December, members joined together to distribute food boxes to elementary children throughout the county. He was also a member of Gideon’s International. Dennis enjoyed serving at Sharon Baptist Church, where he was a member for over 30 years. He served on the finance commission for many years and loved being a greeter. Memorial donations can be made to the Savannah Masonic Lodge Food Box Fund at 220 Carpenter Lane, Savannah, TN, Gideon’s International, and Sharon Baptist Church. Services will be held on November 4, 2020 at 11:00 AM at Sharon Baptist Church in Savannah, Tennessee, with Bill Chadwick and Eric Smith officiating. Burial will follow in the Gillis Mills Cemetery in Savannah, Tennessee.

Dennis Ray Burgess passed peacefully from this life to his heavenly home on October 31, 2020. Dennis was born in Columbia, Tennessee on November 28, 1953 to DC Burgess and wife, Martha Burgess. He was preceded in death by his father DC, sister... View Obituary & Service Information

The family of Dennis Burgess created this Life Tributes page to make it easy to share your memories.

Dennis Ray Burgess passed peacefully from this life to his heavenly...

Send flowers to the Burgess family.