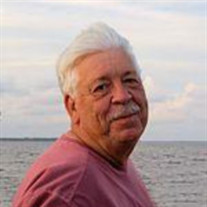 Donald Edward Hooper Henderson, TN: Mr. Donald Hooper, age 73, passed away March 14, 2022 at his home. He was born July 7, 1948 in Hornsby, TN the son of the late Kenneth “Buster” and Bonnie Marie Roland Hooper. He grew up at Hornsby. He graduated from Bolivar High School. He served in the US Army during Vietnam and was stationed in Thailand. He worked as an electrician at Proctor and Gamble for 31 years, retiring in 2003. He was a member of Bethel Baptist Church. He enjoyed cooking, reading, fishing and enjoyed singing in the choir. He is survived by his son, Daniel Hooper of Henderson; daughter, Cynthia McGie of Cookeville; five brothers, Mike Hooper of Middleton, Vincent Hooper of Hornsby, Jerry Hooper of Bolivar, Jimmy Hooper of Middleton and Gary Hooper of Silerton; three sisters, Patsy Wilbanks of Walnut, MS, Janetta Hooper of Corinth, MS and Linda Fitch of Memphis; and five grandchildren, Mary McGie, Joel McGie, David McGie, Matthew McGie, and Caleb McGie. He was preceded in death by his parents. Funeral services will be 11:00 AM, Thursday March 17th at Shackelford Funeral Directors - Crook Avenue Chapel with Bro. David Tull officiating. Burial will follow at Hickory Grove Cemetery in Silerton. The family will receive friends at Crook Avenue 5 PM until 8 PM on Wednesday. Shackelford Funeral Directors of Henderson 731-989-2421

The family of Donald Hooper of Henderson, TN created this Life Tributes page to make it easy to share your memories.

Send flowers to the Hooper family.