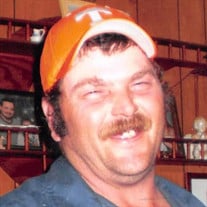 Donald Warren, 55, of Falkner, MS, departed this life Monday, February 15, 2021in Ripley, MS. He was born Wednesday, November 24, 1965 in Tennessee, son of the late Thomas William Warren and Stella Louise Wison Warren. He worked for Rolisons Logging for a number of years and worked for Peanut Brown Logging for a few years. He was born and raised in Tennessee, before meeting his lifelong partner, Diane, at which time they moved to Falkner until his death. He was a loveable and respectable person and would help anyone who needed it. He loved to hunt and spend time with his family and friends. He will be truly missed by many. He made sure everyone he knew was taken care of, no matter what he had going on. His love for God came first and the love for his family and friends was well known. Mr. Warren was baptized and a faithful member of Falkner Baptist Church. Survivors include his partner of over 40 years, Diane Keenum of Falkner, MS; two sons, Raymond Keenum (Tiffany) of Falkner, MS and Floyd Keenum (Tracy) of Ripley, MS; six grandchildren whom he adored, Whitney and Tiffany Keenum, Kayla Bulluck (Warren), Austin Lewis (Kayleigh), Addie and Braylon Box; and a great grandchild he got to meet, Cameron Gadd. In addition to his parents, he was preceded in death by a sister, Faye Warren Page. While visiting or attending services, please consider the following guidelines: * Maintain 6 feet between yourself and the next closest person; * Refrain from hugs and handshakes; * When you sneeze or cough, use your elbow to cover your nose and mouth; * Wash your hands often; * Avoid touching your face; and * Minimize time spent in places where people gather. Thank you.

The family of Donald Warren created this Life Tributes page to make it easy to share your memories.

Send flowers to the Warren family.