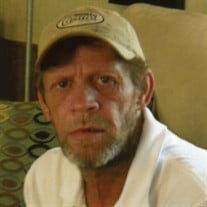 Donnie Andrew Garrett was born on May 4, 1962 in Hardin County, Tennessee, the son of the late Andrew and Lillian Price Garrett. Mr. Garrett was self employed as a roofer and loved to go fishing. Donnie Andrew Garrett departed this life on March 21, 2021 in Savannah, Tennessee at the age of 58 years, 10 months, and 17 days. He is survived by his son, Michael Connor of Savannah, Tennessee; daughter, Jessica of Parsons, Tennessee; sisters, Rebecca Brown of Clifton, Tennessee, JoAnn Conway of Saltillo, Tennessee, and Kathy Garrett of Waynesboro, Tennessee; brothers, James Larry Garrett of Collinwood, Tennessee and Steve Garrett of Nashville, Tennessee; and three grandchildren. In addition to his parents, Donnie was preceded in death by his daughter, Mallory Garrett; brothers, Robert Garrett and James Andrew Garrett; and sisters, Judy Horton and Margaret Ellen Garrett. Private services will be held.

The family of Donnie Andrew Garrett created this Life Tributes page to make it easy to share your memories.

Send flowers to the Garrett family.