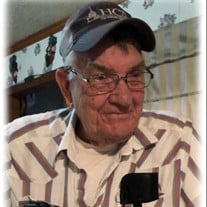 Doug Terry departed this life on Tuesday, April 6, 2021, at the age of 86 years and 22 days. He was born in Brownsville, Tennessee on March 15, 1935, the son of the late Marshall William and Lola Maybell Durbin Terry. On May 7, 1972, he was united in marriage to Mary Jane Milligan, who preceded him in death on April 28, 2016. Doug lived most of his life in Hardin County, Tennessee, and was an over-the-road truck driver for Tom Bigbee Trucking at Aqua Glass, and Landstar. He had also owned and operated a wrecker service. He enjoyed playing guitar and doing mechanic work. Doug had served his country honorably in the United States Air Force, and was a member of the Tennessee Association of Family and Community Education and Picking on the Square in Corinth, Mississippi. Doug is survived by his children, Linda Yochem of Virginia, Rhonda Cummings and her husband Melvin, Jacky Hollins and his wife Tammy, all of Savannah, Tennessee, and Jimmie Darlene Henson of Gallatin, Tennessee; sister, Robbie Allred and her husband Ernest of Saltillo, Tennessee; eight grandchildren and nine great grandchildren. In addition to his parents and wife, Doug was preceded in death by his siblings, Gladys George, Wilma Bowden, Joe Terry, Johnny Harold Terry, Bill Terry, and three infants.

The family of Doug Terry created this Life Tributes page to make it easy to share your memories.

Send flowers to the Terry family.