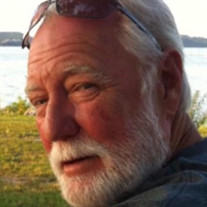 Gary Odell Jones was born in Jackson, TN on November 25, 1952 the son of the late Clint Odell and Rachel Farene Young Jones. As a young boy he spent most of his time with his grandparents: Clyde and Ann May Young and J.C and Mary Butler Jones of the Mifflin area where he enjoyed being in the fields with his grandfather. In 1970, Gary graduated from Adamsville High School where he was voted Mr. AHS and Most Athletic. He lettered in both basketball and football. He earned a scholarship from Memphis State for basketball but he tore his ACL later in the season. He was instrumental in getting the football program reinstated after being discontinued for about 8-10 seasons. Following graduation, Gary worked for ABC Towing for 18 years and was a truck driver for over 25 years. He also worked part-time for Deberry roofing in the 1970's. He was united in marriage to JoAnn Miller on August 24, 1970. Mrs. Jones preceded him in death on December 9, 2011. On August 14, 1966, he was baptized at First Baptist Church in Adamsville and has been a member since the age of 12. Gary loved sports - football, basketball, and huge Tennessee Vols fan. After retiring from truck driving, he loved telling stories of his trucking and good ole days. He battled health problems for many years and was able to spend many quality years with his family. Gary loved his family and friends, he was a loving, generous and caring person. Gary departed this life on June 5, 2022 in Adamsville, Tennessee at the age of 69 Years, 6 Months, 11 Days. He is survived by a daughter, Tara Ann Jones Sweat Reddit and husband Paul of Adamsville, TN; grandson, Jeremy "Hunter" Sweat and companion Molly Hawkins of Adamsville, TN; great granddaughter, Sophie Claire Sweat of Adamsville, TN; loving companion, Patricia Gail Melton of Adamsville, TN; brothers, Kelly Jones and wife Jana of Adamsville, TN, Reggie Jones and wife Debbie of Chattanooga, TN; sister, Donna Clenette Moore of Adamsville, TN; stepfather, Sammy Brown of Adamsville, TN; and a host of extended family and friends. In addition to his wife and parents, Mr. Jones was preceded in death by sister, Vickie Farene Simmons; son-in-law, Jerry Glenn Sweat; and grandparents, Clyde and Ann May Young, J.C. and Mary Butler Jones.

Gary Odell Jones was born in Jackson, TN on November 25, 1952 the son of the late Clint Odell and Rachel Farene Young Jones. As a young boy he spent most of his time with his grandparents: Clyde and Ann May Young and J.C and Mary Butler Jones... View Obituary & Service Information

The family of Gary Odell Jones of Adamsville, Tennessee created this Life Tributes page to make it easy to share your memories.