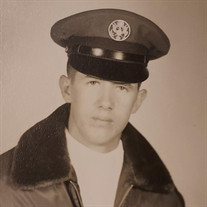 James D. Coln was born February 21, 1943, in McNairy County, TN, the son of the late William Ecil Coln and Annie Mildred Barnes Coln. James was united in marriage to Charlotte Adele Pazoga on August 6, 1973. Mrs. Coln preceded him in death on September 29, 2019. He retired from the United States Air Force, mostly serving as a Dental Lab Technician. After his military service, James owned J. C. Dental Lab in Michie, TN, for many years. James was an avid St. Louis Cardinals fan. He was also a big supporter of his kids and grandkids, in all of their sports and other endeavors. He enjoyed traveling, hunting, going on cruises, and working on his tractors. Mr. Coln departed this life on January 12, 2022, in Iuka, Mississippi, at the age of 78 Years, 10 Months, 22 Days. He is survived by his children: Jamie Coln Leitschuh and husband Trey of Michie, TN, Bobbi Coln of Bradford, TN, Mike Coln and wife Stephanie of Corinth, MS; four grandchildren: Jacob Leitschuh, Samuel Leitschuh, Lyric Coln, and Jameson Coln. *Due to weather causing road closings and power outages, the service for James Coln has been postpone until Monday*

The family of James D. Coln of Michie, TN created this Life Tributes page to make it easy to share your memories.

Send flowers to the Coln family.