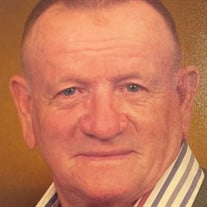 James Ray Hamm was born on February 25, 1934 to James M. Hamm and Eunia Bell McMahan. From his earliest years, there was not much Ray couldn’t do. As a true southerner, he could be seen outside with a dog, a gun, or both. Ray was an avid hunter which led him through many years of successful bird, deer, and turkey hunting, but his most beloved was quail hunting. During this time, he raised very skilled, highly-trained bird dogs that would accompany him on many trips. Outside the woods, Ray was a passionate golfer. He was a charter member of the Selmer Golf and Country Club. Golf was a very important part of his life, and the “Gentleman’s Game” was taught to all of his children and grandchildren. He was the first superintendent for the course, as well as, the first individual to make a hole-in-one (a dream of any devoted golfer). His heart for helping others was evident upon meeting him. In the philanthropic side of his life, Ray was involved in the Selmer Masonic Lodge No. 743 for 60 years which promoted him to Master Mason in 2019. He retired from the United States Postal Service in Selmer as a Rural Carrier- a job he loved not only for the line of work but for the people he met along the way. Ray was known by his closest friends for his skilled woodworking abilities and his keen eye for arrowheads. Searching the sands for arrowheads was one of his favorite activities. He was a jack-of-all-trades and a lover of God’s country. He was an active member of First Baptist Church in Selmer. Ray departed from this life on May 19, 2022 in Selmer, Tennessee with his children by his side. He is survived by his three loving children: Brenna Dawn Hamm, James Charles “Chuck” Hamm (Rhonda Whitaker-Hamm), and Robin Hamm Buchanan (Henry “Hank” Richardson Sneed); his three beloved grandchildren, Sarah Robin Buchanan, John “Jack” Price Buchanan, and Emily Hamm Larson, and a sister, Fran Deny of Memphis, Tennessee. He was preceded in death by Mary Lou Littlejohn Hamm (wife), Freida Hollis Hamm (mother of his children), and four siblings: Will Tom Hamm, Frances Rose Robinson, Faye Hamm Armstrong, and Billy Frank Hamm. To know him was to love him.

James Ray Hamm was born on February 25, 1934 to James M. Hamm and Eunia Bell McMahan. From his earliest years, there was not much Ray couldn&#8217;t do. As a true southerner, he could be seen outside with a dog, a gun, or both. Ray was an avid... View Obituary & Service Information

The family of James Ray Hamm of Selmer, Tennessee created this Life Tributes page to make it easy to share your memories.

Send flowers to the Hamm family.