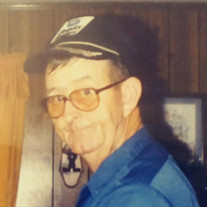 James Ona Howell was born March 21, 1932 in Hardeman County, TN the son of the late O'Neal and Viola Pipkin Howell. He departed this life on April 9, 2021 in Selmer, Tennessee at the age of 89 Years, 19 Days. He retired as a Timber Cutter and... View Obituary & Service Information

The family of James Howell of Bethel Springs, TN created this Life Tributes page to make it easy to share your memories.

Send flowers to the Howell family.