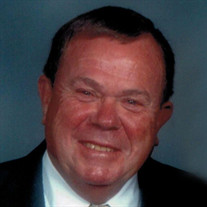 JERRY BAIN Henderson, TN: Jerry Wayne Bain age 79, passed away Saturday morning July 17, 2021 at his home. He was born June 21, 1942 in the Beech Bluff Community of Madison County, the son of the late Carl Magellan and Esther Delena Sells Bain. He attended schools at South Side. He started to work at Piggly Wiggly Sheet Metal and married Shirley Reddin in 1963. They made their home in Henderson. He later began working at Reddin Electric Company with his father-in-law, Max Reddin. He worked in the family business until he retired. He and Shirley made many company trips with G.E. He was a member of the Henderson Masonic Lodge and served in many off its offices. He mentored many young men in the lodge. He was also a Shriner. He was an avid supporter of youth sports, following his children and grandchildren. He enjoyed spending time at the lake. He was a charter member of Grace Baptist Church and served on the original building committee. Mr. Bain is survived by his wife, Shirley Jean Reddin Bain of Henderson; two daughters, Marsha Barclay and husband Michael of Henderson and Shondra Murley and husband Clay of Henderson; five grandchildren, J.R. Barclay and wife Brittany, Bradley Barclay, Taylor Barclay Long and husband Will, Corey Johnson and Ella Murley; three great grandchildren, Luna Lynn Long, John Luke Barclay and Ava Lynn Barclay; father-in-law Max Reddin, two brothers, William Leon Bain and wife Toni of Jackson and Carl Ronald Bain and wife Helen of Jackson and two sisters, Joyce Hart Brewer and husband Robert of Henderson and Patricia Kilzer Hodges and husband Ron of Beech Bluff. He was preceded in death by his parents, a daughter, Miranda Leigh Bain in 1970, a brother, Larry Bain and two sisters, Syble Holder and Shirley Alexander Brien and mother-in-law, Vadeen Reddin. Funeral services will be 2:00 PM Monday, July 19th at Grace Baptist Church with Troy Kilzer, II and Bobby Russ officiating. Masonic Rites and burial will follow at Chester County Memory Gardens. The family will receive friends at Grace Baptist Church 11:00 AM until 2:00 PM service time on Monday. Memorials may be made to Grace Baptist Church Building Fund, 15 Southview Drive, Pinson, TN 38366. Shackelford Funeral Directors of Henderson 731-989-2421

The family of Jerry Bain of Henderson, TN created this Life Tributes page to make it easy to share your memories.

Send flowers to the Bain family.