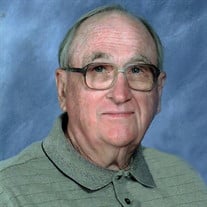 Kenneth Leon Swan, resident of Selmer, Tennessee departed this life on Friday, July 1, 2021. He passed in the comfort of his home at the age of 83. He was born in Marked Tree, Arkansas on November 23, 1937. He is survived by his wife, Dr Joyce Swan, united in marriage on June 22, 1990 in Memphis, TN. Ken was a graduate of Marked Tree High School and attended Arkansas State University in Jonesboro and Georgia Tech (Georgia Institute of Technology) in Atlanta. He owed KLS Marketing for over 30 years, a manufacturing representative for commercial door and hardware and building specialties covering five states in the Mid-South. He was a member of Selmer First United Methodist Church. Ken’s Model Ts were his pride and joy and carried his wife and him on trips to Nova Scotia, Canada in 2019, Alaska in 2001, and at least 35 other states over the years. He had owned his 1922 Model T Touring Car since 1954 and designed and built his 1927 camper. When traveling in his Ts, Ken enjoyed allowing anyone who was interested to look at the cars and toot the horn. Many people across the country have taken pictures of themselves or their children in one of the Ts. Mr. Swan was preceded in death by his parents, Earl Brewer Swan and Mary Floys Bynum Swan as well as two brothers, Earl B. Swan, and Curtis Irvin Swan. He leaves two sisters, Carolyn Swan Parks, and Irene (Gene) Swan Opel. He has two daughters, Shannon (Donald) Crow of Atkins, AR and Kelly (Bo) Mennen of Olive Branch, MS, and two step-daughters, Pam (Lance) Hudgens Williams of Murfreesboro, TN, and Cindy Hudgens of Plant City FL. Additionally, he has three grandsons, eight grandchildren, and one great-great grandchild. Donald (Blaze) Crow and children Rhilynn and Easton; Wayne (Meagan) Dobson and children Layla, Levi, and Lucy; and Will Dobson and children Arabella, Bimini, and William.

Kenneth Leon Swan, resident of Selmer, Tennessee departed this life on Friday, July 1, 2021. He passed in the comfort of his home at the age of 83. He was born in Marked Tree, Arkansas on November 23, 1937. He is survived by his wife, Dr... View Obituary & Service Information

The family of Kenneth Leon Swan of Selmer, TN created this Life Tributes page to make it easy to share your memories.

Send flowers to the Swan family.