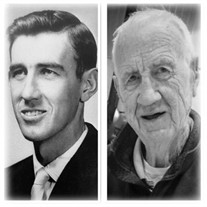 At the family’s request, NO FLOWERS ARE TO BE SENT!! Leon Patrick Brewer of Collinwood, Tennessee passed away peacefully on Monday, January 25th, at the age of 89 years old surrounded by his children. Mr. Brewer, “Pat”, was truly a remarkable, personable, and one-of-a-kind individual. Growing up, he was inspired by his father’s abilities to multitask between career and entrepreneurship, which influenced his entire life. As a hobby, when he wasn’t playing on the basketball or tennis teams, he began collecting coins and stamps; trading them with other collectors in the area. Pat attended Collinwood School, and then completed his high school education at Columbia Military Academy. He went on to Florence State Teacher’s College (UNA), where he played on the university basketball team with his brother, Joel. He graduated with a degree in chemistry. Soon after, Pat enlisted in the United States Navy and then transferred to the United States Air Force where he was deployed to Japan and then served in Korea during the Korean War. Following his military duty, he returned to Collinwood and began making major contributions as a dedicated educator and mentor. Through his career, he served as a high school chemistry teacher, basketball coach, counselor, principal, school board member, and eventually Superintendent of Wayne County Schools. Pat sought to better the Collinwood community, working with others to secure state grants for programs and projects; while, often adding his own contributions to see goals completed, such as the Collinwood Football Stadium. He was a lifelong church member at Collinwood First Baptist and a member of the Shriners, Free Masons, volunteer firefighters, and other various community and national organizations. Outside of his full-time teaching job, Pat continued his hobby of coin collecting. With a simple call to New York and sheer determination, he was able to launch a successful numismatic career. This decision transformed his and his family’s lives forever. Suddenly, this real-life treasure hunter found himself in the middle of some extraordinary business deals. He became nationally and internationally recognized in the numismatic world and was a central and premier coin dealer for the Southeast United States. He enjoyed traveling to coin shows far and wide, while maintaining business operations out of Collinwood; which, employed, excited, and inspired many in the community. This was only the beginning of Mr. Brewer’s entrepreneurial endeavors. Throughout his various enterprises he had business ties to music recording studios, lumber mills, land and property holdings, restaurants, and even a car dealership…. we may never know the full extent of his business ventures. In his later days of “retirement”, Pat remained an active member of the Collinwood community and a friend to all. He maintained daily interest in the commodities market and politics, and loved to share his garden bounties every summer. He would make breakfast daily for any morning guests to enjoy. He loved every moment with his family and friends and appreciated nothing more than good food and good company. He was someone who “treated people right” and loved everyone with a pure heart. He is preceded in death by his father, William Mack Brewer; mother, Carrie Elizabeth Lay; infant brother, John Mack; wife, Reva Mae Smith and wife, Cora Leanne Linville. Pat is survived by his brother, Joel Brewer (Florene); niece, Diane Hudson (Gary); sister-in-law, Peggy Lowery (Mickey); his four children, daughters, Elizabeth “Lisa” McFall (Gary) and Teresa “Sissy” Brewer and sons, Patrick Brewer (Misty) and Winn Brewer; grandchildren, Brittany McFall, Cara Thompson, Garrett McFall, Amanda Autry, Sydney McFall, Mandy Brewer and Ellie Brewer; great-grandchildren, Eli Shtob, Alex Shtob and Nico Thompson. This last December in an email Pat wrote: Each morning when I rise, I check the silver market. Sometimes it is up, and sometimes it is down… I [also] check the thought of the day, which is always inspiring and uplifting… Truly, there is more to living than gold and silver. Truly, Pat, you are the greatest treasure we could have every hoped for. You will be forever missed and loved. At Mr. Brewer’s request, his remains will be cremated with a private family service. In lieu of a public memorial service, we invite you to share your memories of Pat on his Facebook Profile or to forward thoughts by mail to PO Box 111, Collinwood, TN 38450. The family requests that those who wish to express sympathy consider making donations to The Butterfly Foundation, PO Box 212, Waynesboro, TN 38485, in the memory of Pat Brewer. This foundation assists families of children with life-threatening medical conditions in Wayne County and surrounding areas and has personally impacted the Brewer family on several occasions. Shackelford Funeral Directors of Wayne County is assisting the family. AT THE FAMILY’S REQUEST, NO FLOWERS ARE TO BE SENT!!

At the family&#8217;s request, NO FLOWERS ARE TO BE SENT!! Leon Patrick Brewer of Collinwood, Tennessee passed away peacefully on Monday, January 25th, at the age of 89 years old surrounded by his children. Mr. Brewer, &#8220;Pat&#8221;,... View Obituary & Service Information

The family of Leon Patrick (Pat) Brewer, Collinwood, TN created this Life Tributes page to make it easy to share your memories.

At the family’s request, NO FLOWERS ARE TO BE SENT!!