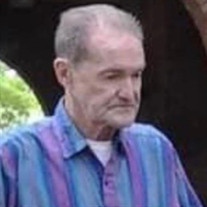 Mr. Leslie Evans, 77, of Marion, AR, departed this life Saturday, September 18, 2021 at Baptist Memorial Hospital Crittenden in West Memphis, AR. A native of Elaine, AR, Mr. Evans was the son of the late Ackles Evans and Minnie King Evans. In addition to his parents, he was preceded in death by his wife, Lea Rose Evans; two sisters, Lola Mae Penter and Ima Joyce Shaw; and four brothers, Ira, James, Alfred and Carroll Evans. Mr. Evans had lived in Cleveland, OH where he worked for the city for 10 years. He also worked at Armira Corporation in Bolivar until the plant closed, at which time, he moved to Marion, AR. There, he worked until retirement as a driver for Schneider Truck Line. A veteran of the US Army, he enjoyed playing pool, in his leisure time, and joking around with family and friends. He leaves a daughter, Kimberly Gabriel Goodman; two sons, Joshua Evans and Norbert "Butch" Gabriel; three sisters, Eveline Chadwick, Melba Irene Parker and Shane Herman; two brothers, Robert and Marshall Evans; two grandchildren; two great-grandchildren; and numerous nieces and nephews.

The family of Leslie Evans created this Life Tributes page to make it easy to share your memories.