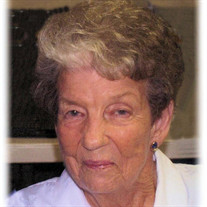 Lillie Lou Hall Brewer of Waynesboro, TN was born May 13, 1937 in Epps, LA, the daughter of the late E. D. and Nerissa Pace Hall. She was united in marriage to Herbert Haggard Brewer on February 21, 1959. Mrs. Brewer was a registered nurse having worked with the State of Tennessee Department of Public Health. She then worked and served as the Director of Nursing at Wayne County General Hospital and was the Director of Nursing at Wayne County Nursing Home from March, 1970 until retirement in June, 2002 but worked periodically at the nursing home after retirement. She worked and served as Administrator of the Wayne County Assisted Living for several years and was a member of the First United Methodist Church in Waynesboro, Tennessee where she also sang in the choir. Mrs. Brewer was well known for her nursing, caregiving and volunteering. She was devoted to her church and when time allowed, she loved to travel, whether near or far. Mrs. Brewer departed this life on Friday, October 29, 2021 at Maury Regional Medical Center in Columbia, Tennessee at the age of 84 Years, 5 Months, 16 Days. She is survived by her husband, Herbert H. Brewer of Waynesboro, TN; a daughter, Darlene Brewer of Nashville, TN; brothers, Edward and Mike Hall both of Epps, LA and Barry Wayne Hall of Mt. Holly, NJ; sisters, Fay Hollaway and Kay McMillan both of Sterlington, LA and nieces and nephews. In addition to her parents, Mrs. Brewer was preceded in death by a daughter, Deborah Sue Brewer; a granddaughter, Cammi Dee Brewer; brothers, Henry, John Earl, George, Ernie and Ken Hall and sisters, Doris Brewer, Elizabeth Rippy, Wanda Hall and Sherry Rhodes. Services will be held on Sunday, October 31, 2021 at 2:00 PM at Shackelford Funeral Directors chapel, Waynesboro, Tennessee, with Casey Jones, Adam Rush and Jennifer Black officiating. Burial will follow in Memorial Gardens, Waynesboro, Tennessee with Shackelford Funeral Directors, Wayne County, assisting the family. Pallbearers will be Eddie Brewer, Mike Brewer, Steve Brewer, Billy Gresham, Terald Gresham, John Bentle and Robert Lipscomb with honorary pallbearers being Rick Rice, Tyler Rice, Austin Rice and Preston Rice. Visitation will be Saturday, October 30, 2021 from 4:30 pm to 8 pm and Sunday, October 31, 2021 from 11:30 am until service time at the funeral home. Mrs. Brewer's family requests that in lieu of flowers, memorial donations be given to the First United Methodist Church, Waynesboro, TN.

Lillie Lou Hall Brewer of Waynesboro, TN was born May 13, 1937 in Epps, LA, the daughter of the late E. D. and Nerissa Pace Hall. She was united in marriage to Herbert Haggard Brewer on February 21, 1959. Mrs. Brewer was a registered nurse... View Obituary & Service Information

The family of Lillie Lou Hall Brewer, Waynesboro, TN created this Life Tributes page to make it easy to share your memories.