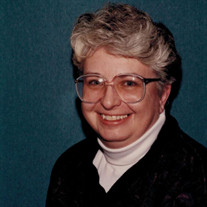 MARGARET ‘PEG’ SIPES Henderson, TN: Margaret Helen Sipes age 73, passed away August 24, 2021 at Henderson Health & Rehabilitation Center. She was born June 11, 1948 in Youngstown, OH, the daughter of the late Wilfred and Mary McAuliffe Coddington. She grew up in Berkley, Michigan and graduated Berkley High School in 1966. She married James Krussell in 1966 and they had two children. He preceded her in death. She married Larry Sipes in 1973. They made their home in Aurora, IL. She worked as a secretary for the City of Aurora in several departments for about twenty years, retiring in 1994. They moved to Henderson in 2005. She enjoyed most types of word games and puzzles. She was a Catholic in Faith and attended St. Mary’s Catholic Church in Jackson. Mrs. Sipes is survived by her husband, Larry Eason Sipes of Henderson; a daughter, Teresa Hoffmann of Henderson and a son, Christopher Krussell (Melissa) of Tinley Park, IL; six grandchildren; two brothers, Thomas Coddington of Dekalb, IL and Richard Coddington of Jekyll Island, GA and three sisters, Joatie Smola of Cedar Park, TX, Agnes Pawlowic of Oak Harbor, OH and Mary Sipes of Melbourne, FL. She was preceded in death by her parents; three brothers, Joseph Coddington, William Coddington and Lawrence Coddington and a sister, Patricia Coddington. There will be no services Shackelford Funeral Directors of Henderson 731-989-2421

The family of Margaret 'Peg' Sipes of Henderson, TN created this Life Tributes page to make it easy to share your memories.

Send flowers to the Sipes family.