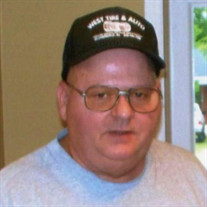 Randy Glenn White was born on July 21, 1950 in Hardin County, Tennessee, the son of the late Hershel Loveless and Norma Lee White. Randy was a lifelong carpenter and was employed by Parris Manufacturing Company in Savannah, Tennessee as a supervisor... View Obituary & Service Information

The family of Randy Glenn White created this Life Tributes page to make it easy to share your memories.