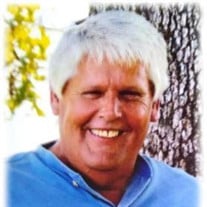 Robert Paul Brewer was born June 26, 1961 in Lawrenceburg, TN the son of the late James Robert and Willodean Johns Brewer. Robert Paul worked in maintenance at the Nursing Homes in Wayne County. He was a member of the Church of Christ. Mr.... View Obituary & Service Information

The family of Robert Paul Brewer created this Life Tributes page to make it easy to share your memories.