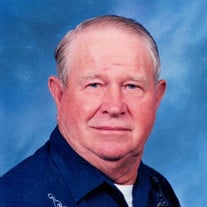 Roy Dodd Roy Earl Dodd of Henderson passed away on August 30, 2021, at his home. He was born on September 9, 1930, in Bolivar, Tennessee, to Ira Vernon and Minnie Ann Dodd. Roy attended school in Bolivar, Tennessee. He worked for Butts Produce in Jackson, the railroad in Indiana and Pennsylvania, Concrete Products Company and the tannery in Bolivar. In 1968 he began working for Grinnell in Henderson, Tennessee. He retired from Grinnell in 1993. He loved working with horses and decided after he retired to began logging with them. He joined in with a few friends to operate a logging business using true “horse power.” Roy met his sweetheart Ann Ligon in 1949 and they married on November 5, 1950, in Corinth, Mississippi. They resided in Jackson, Tennessee, until 1953 when they moved to Henderson, Tennessee, where they lived and raised two daughters-Shirley Cupples and Sheila Lindsey. Roy and Ann attended Bethel Baptist Church where they raised their daughters to know and love the Lord. Roy rarely met a stranger and was always willing to help anyone in need. He worked with his hands caring for his garden, building things, repairing vehicles and equipment, and training horses. He enjoyed teaching his children and grandchildren to ride horses. And he enjoyed teaching his grandchildren how to fish. He loved watching westerns, Abbot & Costello, Laurel & Hardy shows. He was always ready to play Rook or work on a puzzle. He never was one to have a long conversation on the phone, but he loved talking to you in person. His laugh was contagious and memorable. He would laugh until he cried, having to get out his hanky and wipe his eyes. Everyone knew him by his laugh. In all he did and how he lived, he taught us a strong work ethic and how to love and help others. Roy leaves behind his loving family-Shirley (Tony) Cupples and Sheila (Richard) Lindsey, four grandchildren Liberty (Dan) DeFilippo, Khakki (Matt) Bonner, Ben (Jenna) Cupples, and Adam Lindsey, and seven great grandchildren. He is preceded in death by his wife Ann Dodd, his infant daughter-Charlotte Dodd, his parents-Ira Vernon and Minnie Ann Dodd, and his siblings-Leo Dodd, Naomi Ferrel, Ruth Smith, Lillie Rose Isabelle, and Archie Dodd. Graveside Services will be 11:00 AM Wednesday at Bethel Cemetery with Bro. Ken Frye officiating. The family will receive friends at Shackelford Funeral Directors – East Main Chapel 5 PM until 8 PM on Tuesday. Shackelford Funeral Directors of Henderson 731-989-2624

Roy Dodd Roy Earl Dodd of Henderson passed away on August 30, 2021, at his home. He was born on September 9, 1930, in Bolivar, Tennessee, to Ira Vernon and Minnie Ann Dodd. Roy attended school in Bolivar, Tennessee. He worked for Butts Produce... View Obituary & Service Information

The family of Roy Dodd of Henderson, TN created this Life Tributes page to make it easy to share your memories.

Roy Earl Dodd of Henderson passed away on August 30,...

Send flowers to the Dodd family.