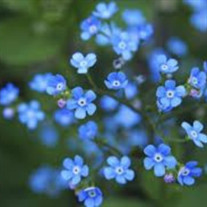 Sandra Kay Ayers was born on January 9, 1965 in Chester County, Tennessee, the daughter of the late Gilbert and Mary Sue Beard Stout and raised by two special people, the late Lee and Donna Grantham. She was united in marriage to Jason Ayers,... View Obituary & Service Information

The family of Sandra Kay Ayers created this Life Tributes page to make it easy to share your memories.

Send flowers to the Ayers family.