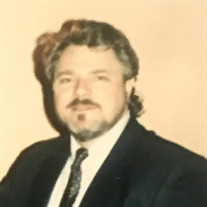 Terry David Williamson, passed away on Sunday, December 20, 2020 from recent complications of renal disease and diabetes. He was 73 years old. Terry was born November 26, 1947 to the late W.D. and Ruby Bernice Boyette Williamson of Bolivar, TN. He was also preceded in death by his brother, Gary Wayne Williamson. Terry was well known in Memphis as an astute instructor and practitioner in blood banking. He attended Lambeth College, Union University, and Jackson-Madison County Hospital and became an accredited and licensed medical laboratory scientist with the American Society of Clinical Pathologists. He also acquired a Bachelor of Science degree in Education from the University of Tennessee at Martin. Mr. William acquired a specialty degree in blood banking from the American Association of Blood Banks in the 80’s and taught blood banking as an associate professor at the University of Tennessee Center for Health Sciences for many years. He had been employed at Methodist Hospital and Baptist Memorial Hospital-Collierville as a career blood banker. He was retired at the time of his death. Terry was an avid supporter and performer at Opera Memphis. His singing career began at UTM and he appeared in many theater productions and operas in Memphis. Terry once auditioned for the Metropolitan Opera and often attended the Metropolitan Opera in New York City. After retirement, Terry was active in the inspection of hospital blood banks all over the United States and Canada. Terry particularly enjoyed wine tastings and cooking, as well as his appreciation of classical music, opera, and the arts. Terry was a collector of numerous friends in Memphis and all across the United States. Terry was a member of Calvary Episcopal Church in Memphis and sang in the choir for many years. To know Terry was to know joy, as his temperament and wit was exceedingly entertaining at dinner parties and all gatherings. Terry is survived by cousins around Bolivar, TN, including; Kay Zawacki, Martha Ann Shelby, Michael “Mike” Wayne Bryant, Harold David Bryant, and Sandra Faye Stamey. While visiting or attending services for Mr. Williamson, please consider the following guidelines: * Maintain 6 feet between yourself and the next closest person; * Refrain from hugs and handshakes; * When you sneeze or cough, use your elbow to cover your nose and mouth; * Wash your hands often; * Avoid touching your face; and * Minimize time spent in places where people gather. Thank you for your consideration.

Terry David Williamson, passed away on Sunday, December 20, 2020 from recent complications of renal disease and diabetes. He was 73 years old. Terry was born November 26, 1947 to the late W.D. and Ruby Bernice Boyette Williamson of Bolivar,... View Obituary & Service Information

The family of Terry D Williamson created this Life Tributes page to make it easy to share your memories.

Send flowers to the Williamson family.