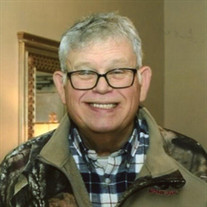 Tommy Joe Franks departed this life on Wednesday, November 3, 2021, at the age of 71 years, 4 months, and 22 days. He was born in Hardin County, Tennessee, on June 12, 1950, the son of the late R.C. and Dorothy Louise Gray Franks. On June 26, 1971, he was united in marriage to Barbara Bonee, who survives. Tommy Joe served his country honorably as Chief Petty Officer in the United States Navy. He was enlisted from October 1977 until his honorable discharge in December 1984. Tommy Joe was employed with Hardin County Medical Center for 20 years working as a X-Ray Radiologist. He was a member of the American Registry of Radiologic Technologists and prior to his retirement, the American Society of Radiologic Technologists (ASRT). He was a lifetime sportsman and loved nature, hunting and fishing, especially with his grandchildren. Tommy Joe was a well-balanced, family-oriented man, who loved his family unconditionally, especially his wife of 50 years Barbara. He could be stern, yet soft spoken. He was funny and light hearted with a smile that could make the worst days seem to be the best. Tommy Joe is survived by his wife, Barbara Franks; children, Sharon Franks Doran and her husband Jason, and Tommy Michael Franks and his wife Natisha, all of Savannah, Tennessee; grandchildren, Tommy Justin Franks and his wife Melanie, Clay Franks, Kaylie Doran, Makayla Franks, Kendall Doran, NaShayla Emmons, and Cameron Franks; great-grandchild, Ethan Franks; sister, Sarah Katherine Franks Stone and her husband Bro. Stanley of Reagan, Tennessee; and several nieces and nephews.

The family of Tommy Joe Franks created this Life Tributes page to make it easy to share your memories.