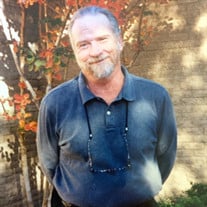 On April 10, 1952, in the middle of a tornado Anthony Lee Ervin was born, the oldest son of Mary Lee Johnson Ervin and Marvin Arthur Ervin and big brother to Marshall Arthur Ervin. On August 31, 1985, he married the woman he would spend his life loving Shena Maxedon Ervin. Together they built a life and a family. He became the proud father to Ashley Lee Ervin Whirley, Anthony Lee Ervin II (TJ), Austin Maxedon Ervin and his princess Ainsley Sarah Ervin. Tony loved many things throughout his life, but these five people stood only behind Jesus in the love and pride he had. He was proud of their accomplishments but mostly he was proud of their hearts. A trait that was undoubtedly passed down from him, but he never felt he deserved credit for. He was the lover of many things. He loved good music, a trait he passed on to his four children. He loved fast cars, this one got him into trouble on occasion, and Oakland Raiders football. He thought the ocean was the closest thing to heaven on this earth and that ice cream could solve a number of ailments. Tony held many titles throughout his life. Husband, father, son and big brother. He was a salesman and a radio DJ. He was a rock n roll drummer and preacher. He was strong and kind and wise but most importantly, he was a servant. From psychiatric facilities to rehabilitation programs, he spent his life helping the hurt and the broken. Tony was the man you called on Christmas morning when your husband unexpectedly passed away or when your son battling addiction finally decided to ask for help. He didn’t mind climbing into the muck and the mire with you to offer a helping hand out. He would struggle and cry with you and offer his time and resources to help you. On the longest days and nights he was known to say “If I can help just one person it’s worth it”. Help he did. Today there are countless people that when they hear the name Tony Ervin immediately respond with “That man saved my life”. If he was here, he would tell us to tell you it wasn’t me, It was Jesus. I’m just an old sinner with a lot of junk. It’s not me. It’s Jesus. As we say our goodbyes on this earth we rejoice as never before because he ran the race, he finished his course and on July 30th 2021 at 3:40pm he crossed into heaven and heard “Well done.” Tony was preceded in death by his parents Mary and Marvin Ervin as well as a host of Aunts and Uncles. He is survived by his brother Marshall Ervin (wife Karen). His four children Ashley Ervin Whirley (husband Jay), Anthony Lee Ervin II (TJ), Austin Maxedon Ervin (wife Kaley), and Ainsley Sarah Ervin. He also leaves behind his greatest pride and sense of joy his four grandchildren. Tuesday Jesalyn Ervin, Jamisyn Ainsley Whirley, Knox Patrick Ervin, and Kase Maxedon Ervin. In lieu of flowers, please make donations to JACOA (Jackson Area Council on Alcoholism and Drug Dependency) in memory of Tony. The address is 900 E Chester St Jackson, TN 38301.

On April 10, 1952, in the middle of a tornado Anthony Lee Ervin was born, the oldest son of Mary Lee Johnson Ervin and Marvin Arthur Ervin and big brother to Marshall Arthur Ervin. On August 31, 1985, he married the woman he would spend his... View Obituary & Service Information

The family of Tony Ervin of Bolivar, TN created this Life Tributes page to make it easy to share your memories.

Send flowers to the Ervin family.