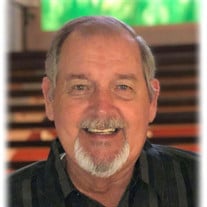 Charles “Dexter” McWilliams of Lawrenceburg, TN was born November 20, 1946 in Waynesboro, TN. He was the son of the late John Taylor and Sallie Boyd McWilliams. Dexter departed this life on October 10, 2021 at Wayne Medical Center at the age of 74 yrs, 10 months, 20 days Dexter is survived by his wife of 7 1/2 yrs., Brenda Byrd-McWilliams, three sons, Richard McWilliams and wife Jonell, Charles McWilliams Jr., Karl McWilliams, one stepson, Chris Porter, wife Jennifer, one stepdaughter, Christy Gaddes, husband Chad. Dexter was also Papaw to six step-grandchildren, Christian, Donnie, and Hannah Porter, and Spencer and Jacob Gaddes and one step great-granddaughter, Sawyer Griggs; brothers, Jasper and David McWilliam; sisters, Effie Brown and Gail Martin and several nieces and nephews. Dexter enlisted in the USAF in 1965 where he gave 20 years of service to his county where he received many medals and accommodations before retiring in 1985. He was a Vietnam Veteran and unfortunately later in life found out he was a victim of Agent Orange. As a civilian Dexter spent 24 years with Civil Service DOD in Fuels Management. During that time he and his family moved many times, living in Wyoming, Nebraska, Georgia, Texas and Germany. He and his family spent 16 years in Germany and traveled all over Europe. In addition to his parents, Dexter was preceded in death by his 1st wife of 44 years, Gisela McWilliams, three brothers, Joseph, James and John McWilliams and one sister, Era Creecy. Anyone who knew Dexter, knew of the love he had for his family but his wife, Brenda was in awe of how hard he worked to maintain close relationships with former classmates, military buddies and work colleagues. Dexter had many fur companions in his lifetime…but a little 4 lb. poodle named Bella was by his side daily almost until the end. Rest In Peace Dexter, you will definitely be missed. In lieu of flowers, it was Dexter’s wish that any donations would be made to a scholarship fund that he helped to establish when he moved back to Tennessee WCHS Class of 1965 Scholarship Fund Attn: Jennifer Sipes 407 S. Main St. Waynesboro, TN 38485

Charles &#8220;Dexter&#8221; McWilliams of Lawrenceburg, TN was born November 20, 1946 in Waynesboro, TN. He was the son of the late John Taylor and Sallie Boyd McWilliams. Dexter departed this life on October 10, 2021 at Wayne Medical... View Obituary & Service Information

The family of Charles Dexter McWilliams, Lawrenceburg, TN created this Life Tributes page to make it easy to share your memories.

Send flowers to the McWilliams family.