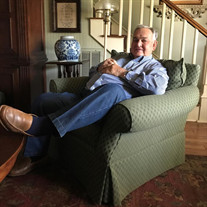 Danny G. Hunt entered this world by way of Hardin County, Tennessee on March 23, 1945, the son of the late Leonard Green Hunt and Vera Mae Stricklin Grey. He graduated from Central High School in Savannah, Tennessee and, on September 10, 1967, married his high school sweetheart, Linda Colbert. If an activity involved being outdoors, there was a good chance Danny enjoyed it, including, but certainly not limited to, making sure their lawn was always well maintained—and to doing whatever Linda asked him to with the flower beds. Hunting and fishing were at the top of his pastime list, so much so that he actually helped found the “Bass Masters Club” in Hardin County in the early ‘70s. In 1976, his proficiency as a fisherman led to him being named as one of a six member team that represented the state of Tennessee in the National Bass Master Federation Tournament—and they came home with first place. Danny actually enjoyed almost any sport, but especially football, and was an accomplished athlete. His talent on the gridiron was so great in high school that he received football scholarships to Ole Miss and the University of Tennessee at Martin. Music was another great love of his; he was even a member of the legendary (at least locally) rock group “The Flashbacks” whose specialty was playing ‘50s music at the neighborhood 4th of July gatherings. They put his talents to good use given that he was an accomplished musician, playing both piano and guitar. If all of that wasn’t enough, Danny also found time to hone his skills in woodworking and to assist in the governance of Hardin County as a member of the Hardin County Beer Board. The United States Army National Guard benefited from Danny’s honorable service, as did Packaging Corporation of America in Counce, Tennessee, from which he retired after 43 years. He was also a dedicated member of the Savannah Church of Christ where he served as a Deacon. Danny’s main focus in life was always service to his God and his family. He was a wonderful husband, father, grandfather—or Dan Dan as the grandkids called him—and great-grandfather . . . and an especially good friend to those who were blessed enough to call him by that name. Danny Hunt left this life on March 19, 2021 in Savannah, Tennessee at the age of 75 years, 11 months, and 24 days. He is survived by his wife of 53 years, Linda Colbert Hunt of Savannah, Tennessee, his two sons, Chris Hunt and his wife Lisa of Nashville, Tennessee and Chad Hunt and his wife Annie of Savannah, Tennessee, and his daughter Kelli Hunt Creasy, also of Savannah, Tennessee. Danny is also survived by his three brothers, Jerry Hunt of Savannah, Tennessee, and Mark Grey and Mike Grey, both of Whiteville, Tennessee, his grandchildren, Jessica Ivy Hunt Plunk, Hillary Lauren Hunt, Jackson Hughes Hunt, Rivers Boling Hunt, Timothy Seth Dreaden, Clay Edward Dreaden, Laurie Suzanne Thomas, Martin McKinley Thomas, and Grayson Colbert Thomas, and his great-grandson, Winston Townes Plunk.

Danny G. Hunt entered this world by way of Hardin County, Tennessee on March 23, 1945, the son of the late Leonard Green Hunt and Vera Mae Stricklin Grey. He graduated from Central High School in Savannah, Tennessee and, on September 10, 1967,... View Obituary & Service Information

The family of Danny G. Hunt created this Life Tributes page to make it easy to share your memories.

Send flowers to the Hunt family.