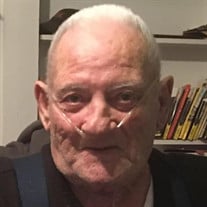 Howard Don Clifton was born June 10, 1938 in Ramer, TN the son of the late James Howard and Gladie T. Fortune Clifton. Mr. Clifton worked for many years in law enforcement. His career started with Memphis Police Department in 1960. He left in 1968 to work for State of Tennessee Highway Patrol. In 1971, he returned to Memphis Police Department and stayed until 1973. For about five years, he worked in agriculture business and farming. He returned to law enforcement in 1978 as Chief of Police in Bolivar, Tennessee. He retired in 1987 and moved to Ripley, Mississippi. While living in Ripley, he managed Savings Oil Station. He was an avid outdoorsman and always enjoyed spending time hunting and fishing. From a young age, a strong work ethic was instilled in him by his parents. He started working at the age of 11, often handing over his wages to help his family. He always believed in helping others simply because in his words, "it is the right thing to do." Mr. Clifton departed this life on November 22, 2021 in Tupelo, Mississippi at the age of 83 Years, 5 Months, 12 Days. He is survived by his children, Ricky Don Clifton and wife Sarah of Lavinia, TN, Cindy Marie Trull and husband Donnie of Lobelville, TN, Anthony Shawn Clifton and wife Elaine of Rockvale, TN, Jay Dee Clifton and wife Wendy of Atoka, TN, Michael Shannon Clifton and wife Tina of Centerville, TN, Auston D. Clifton of New Albany, MS, Clayton Don Clifton and wife Victoria of Tupelo, MS; a sister, Brenda Kay Sanford and husband William of Ripley, MS; 12 Grandchildren, 8 Great Grandchildren; and a host of extended family and friends. In addition to his parents, Mr. Clifton was preceded in death by a brother, Larry Von Clifton and wife Carol.

The family of Howard Don Clifton of Ripley, MS created this Life Tributes page to make it easy to share your memories.

Send flowers to the Clifton family.