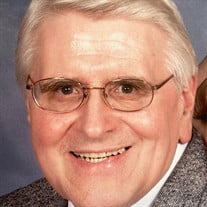 Dr. James Noel Phillips, age 78 of Douglasville, GA passed peacefully, with his daughters by his side, on August 20th, 2021 at Wellstar Tranquility Cobb Hospital in Atlanta, GA. Born August 9th, 1943 in Mayfield, KY to the late James Macon and Marian Reed Phillips. In addition to his parents, he is preceded in death by his bride, of 50 years, Frances Ann Bundrant Phillips. Jim and Ann were married May 2nd, 1969 and resided in Nashville, TN; Petersburg, VA; Wichita, KS; Joplin, MO; Clarksville, TN; and Vestavia Hills, AL until her death on March 10th, 2019. An accomplished teacher, minister, and coach James Phillips received his PhD in Health and Human Performance with an emphasis in Coaching from Middle Tennessee State University. He coached football and basketball at the collegiate level and led the Missouri Southern Ladies’ Basketball team to the National Championship game in 1982. For his accomplishments, he was inducted into the Missouri Southern Athletic Hall of Fame in 2011. Yet, his crowning achievement was the many lives he influenced and mentored throughout the years. After retiring from coaching, he served on staff at First Baptist Church Clarksville, TN as the Recreation Minister, combining his love for sports and his Lord and Savior, Jesus Christ. He is survived by his daughters Melody (Logan) Creasy and Jamie (Jason) Durant; grandchildren: Gracen, Paisley, Samantha, Judson, Hayden, Freeman, and Piper, and numerous friends. He will be remembered for his infectious laugh, his passion for coaching, his love for his family, and his zeal for his Savior. A celebration of life service will be held August 24th, 2021 at 1:00 pm at Shackleford Funeral Directors located at 104 Hill St, Waynesboro, TN 38485 with Rev. Jason Durant and Rev. Logan Creasy officiating. Visitation will be August 24th from 12:00 pm until the hour of service. In lieu of flowers, the family requests a donation be made to the Go Sports Ministry of First Baptist Church, P.O. Box 1796, Douglasville, GA where he was currently a member.

Dr. James Noel Phillips, age 78 of Douglasville, GA passed peacefully, with his daughters by his side, on August 20th, 2021 at Wellstar Tranquility Cobb Hospital in Atlanta, GA. Born August 9th, 1943 in Mayfield, KY to the late James Macon and... View Obituary & Service Information

The family of Dr. James Noel Phillips created this Life Tributes page to make it easy to share your memories.