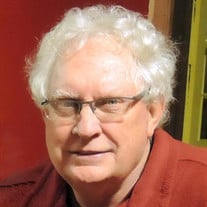 Jerry Robert Graham was born November 17, 1944 in Selmer, Tennessee the son of the late George T. and Nunie Mae Jones Graham. He was united in marriage to his beautiful and loving wife Terry Jean Bushart for more than 50 years. Terry preceded him in death on July 30, 2020. Jerry earned his undergraduate degree in Education from the University of the South at Sewanee, where he played football for legendary coach Shirley Majors, and a Masters in Psychology, Sociology, and Economics from Memphis State University. He taught in the McNairy County School System and was the first head football coach for McNairy Central High School, transitioning from Selmer High School in the fall of 1969. He worked at Henco as the shipping and receiving manager and later operated House of Graham with his wife Terry and son Jonathan. Jerry earned the rank of Eagle Scout in Selmer BSA Troop 32 and was a faithful member of First United Methodist Church of Selmer. Fishing and bird hunting were two of his favorite activities. Jerry departed this life on May 15, 2021 in Adamsville, Tennessee at the age of 76 Years, 5 Months, 28 Days. He is survived by a brother, Tommie L. Graham and wife Debbie; a grandson, Christian Graham; 4 nieces: Sherry Kiser, Michelle Gieger, Hayden Graham Isbell, and Haylee Graham Plunk; five nephews: Jeff Sisk, Tim Sisk, Thomas Graham, Pat Kelley, and Bobby Webb; a sister-in-law, Terry Lynn Graham; and many extended family and friends. In addition to his wife and parents, Jerry was preceded in death by two sons, Jonathan Robert Graham and Christopher Allen Graham; a brother, George Graham, Jr.; a sister, Brenda Kelley; and two nieces, Theresa Wilson and Eugenia "Cissy" Capley. Memorials may be made to the Chris Graham Scholarship Fund in care of First Baptist Church of Selmer.

Jerry Robert Graham was born November 17, 1944 in Selmer, Tennessee the son of the late George T. and Nunie Mae Jones Graham. He was united in marriage to his beautiful and loving wife Terry Jean Bushart for more than 50 years. Terry preceded... View Obituary & Service Information

The family of Jerry Robert Graham of Selmer, TN created this Life Tributes page to make it easy to share your memories.

Send flowers to the Graham family.