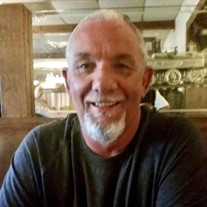 Kenny Johnson Henderson, TN: Mr. Kenny Johnson, age 59, passed away February 16, 2022 at his home. He was born in Memphis, TN, March 19, 1962 son of the late Neal Allen and Barbara Lowery Johnson. He grew up in Covington, TN and was a 1980 graduate of Covington High School. He was a parts consultant for most of his career and had spent the last 23 years at Gossett – Porsche – Volkswagon in Memphis. He married Tara Smith on June 6, 2003 and they made their home in Henderson. He enjoyed deer hunting, going to the beach, listening to sports talk radio, and was a Memphis Tiger and Cincinnati Reds fan. He attended Faith Fellowship Church. He loved his family and especially enjoyed spending time with his grandbabies. He is survived by his wife; three sons, Will (Madeline) Johnson of Henderson, Zach Johnson of Henderson, and Kirby (Jennifer) Smith of Lexington; daughter, Tatum (Josh) Rinks of Henderson; two brothers, Bo Johnson of Atoka, TN and Rusty (Debbie) Johnson of Covington, TN; sister, Cathy (Donny Davidson) Newkirk of Newbern, TN; four grandchildren, Mackenzie Smith of Henderson, LilyAnne Johnson of Henderson, Kynleigh Smith of McNairy, and Addison Rinks of Henderson. He was preceded in death by his parents and brother, Neal Allen Johnson, Jr. Funeral services will be 2:00 PM Monday , February 21st at Shackelford Funeral Directors - Crook Avenue with Bro. Ken Frye and Phil Glass officiating. Burial will follow at Oak Grove Cemetery. The family will receive friends at Crook Avenue 5:00 PM until 9:00 PM Sunday. Shackelford Funeral Directors of Henderson 989-2421

The family of Kenny Johnson created this Life Tributes page to make it easy to share your memories.