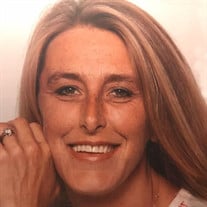 Margaret Ann Ward, 56, passed away Sunday, October 4, 2020, at St. Thomas West Hospital in Nashville, Tennessee. Margaret Ann was born February 6, 1964, in Savannah, Tennessee to Wesley Ward and Velta Hurley Ward of Savannah, Tennessee. Margaret was a very strong, determined person, and a hard worker. She enjoyed all the little things in life, such as the outdoors, working in her yard and flowers. She loved being with her family, and her happy place was with her son, Jonathan. Margaret was truly an amazing person. She could be having her own troubles, but she would keep on going. Many people never had a clue when she was struggling. In this world she fought spiritual battles, but in the end, the battles were the Lords. Her faith was in Jesus Christ, which was placed in her heart years ago, and that is what carried her on. Margaret is survived by her son, Jonathan Wade Barrier of Savannah, Tennessee; three brothers, Jimmy Ward, Jerry Ward, both of Savannah, Tennessee, and Ronnie Ward of Nashville, Tennessee; four sisters, Linda Brock, Mary Brewington, and Joyce Brown, all of Savannah, Tennessee, and Debbie Hoseney of Horn Lake, Mississippi.

The family of Margaret Ward created this Life Tributes page to make it easy to share your memories.

Send flowers to the Ward family.