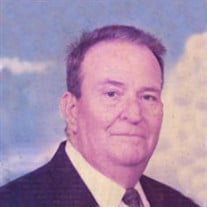 Ralph Richardson Pinson, TN: Ralph Richardson, age 82, passed away Saturday, January 1, 2022 at Adamsville Health and Rehabilitation Center. He was born in Chester County, TN May 25, 1939, son of the late Ivy Lawrence and Berdie Lee Young Richardson. He grew up in Chester and Madison County and was a member of the first graduating class of Southside High School in 1957. He married Carol Smith on August 12, 1959. They enjoyed 62 years of marriage. He worked for International Harvester in Memphis for 20 years until its closing. He moved back to Pinson in 1986 and began working at Proctor and Gamble retiring in 2002 after 15 years. He enjoyed raising a large garden and sharing his produce with others. When he moved back to Pinson he decided to try his hand at raising animals. The result was, he raised cattle, donkeys, peacocks, chickens, ducks, turkeys, dogs and cats! He loved spending time with his grandchildren, taking them fishing, going on fun outgoings, and showing them around the farm. He was an active church member of the Big Springs Methodist Church, serving as Lay Leader, committee member of the cemetery, and doing maintenance. He is survived by his wife; a son Chad Richardson (Rhonda) of Cross Plains, TN; two daughters, Nanette Craig of Memphis, TN and Charlotte Arwood (Chuck) of Memphis, TN; 19 grandchildren, 24 great grandchildren, and 1 great-great grandchild. He was preceded in death by his parents; two daughters, Annette Lee Moody and Janette Lee Anderson; three brothers, George Richardson, James Richardson, and Franklin Richardson; and four sisters, Lula Mae Shultz, Gearleen Maness, Learleen Tedford, and Joyce Patton. Funeral services will be 2:00 PM Wednesday at Shackelford Funeral Directors – Crook Avenue Chapel with Bro. Jimmy Dyer officiating. Burial will follow at Big Springs Cemetery in Five Points. The family will receive friends from 12:00 noon to 2:00 PM service time Wednesday at Crook Avenue Chapel. Shackelford Funeral Directors of Henderson 731-989-2421

The family of Ralph Richardson - Pinson, TN created this Life Tributes page to make it easy to share your memories.

Send flowers to the Richardson family.