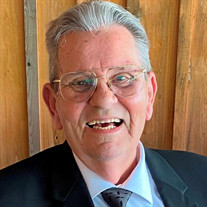 LARRY ROSE Pinson, TN: Ralph Larry Rose age 80, passed away February 19, 2022 at Jackson Madison County General Hospital. He was born February 7, 1942 in Granite City, IL, the son of the late Ralph Irwin and Lucille Mae Lewis Rose. He grew up in Clearwater, FL and was a 1960 graduate of Clearwater High School. He then attended the University of South Florida, in Tampa for a year before enlisting in the U.S. Marine Corps and served four years during the Vietnam era. He married Patricia Mays on March 15, 1963 and they lived in Memphis. After his military term ended, he began a career in law enforcement that spanned forty years: including, 8 years with the Clearwater, FL Police Dept.; 8 years with Loss Prevention for EKERD Drug in Spring, TX; then 22 years with the Pinellas County Florida Sherriff’s Department, retiring in 2009. He became an ordained Baptist minister on March 19, 2017 and became a pulpit supply preacher before becoming the pastor of Mifflin Baptist Church in January 2018. He had a great sense of humor. He was a true patriot who loved his God, his country and especially his family. Mr. Rose is survived by his wife, Patricia ‘Pat’ Ann Mays Rose of Pinson; a daughter, Heather (Roger) Curry of Wood Lands, TX and two grandchildren, Lt. Sean Curry (Meara) of Coronado, CA and Robert Matthew Curry of Wood Lands, TX He was preceded in death by a granddaughter, Megan Rose Curry. Funeral services will be 11:00 AM Friday, February 25th at Shackelford Funeral Directors – East Main Chapel with burial to follow at Deanburg Cemetery. The family will receive friends at East Main Chapel 5 PM until 8 PM on Thursday. Shackelford Funeral Directors of Henderson 731-989-2624

The family of Ralph Larry Rose created this Life Tributes page to make it easy to share your memories.

Send flowers to the Rose family.