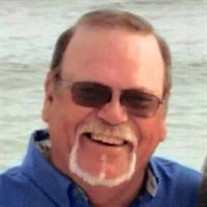 Services for Richard Hazelwood, age 67, of Bolivar, will be 1:00 pm, Friday, June 25, 2021 at Bolivar First Baptist Church with burial to follow in Bolivar Memorial Cemetery. Visitation will be Friday from 10:00 am until service time. The service will streamed live via the Facebook page for Bolivar First Baptist Church. [https://www.facebook.com/FirstBaptistBolivarTN] Officiating the service will be Kyle Rhea, Ken Sutton, Floyd Flippin, Michael Daniel and Bryan Piefer. Those honored to serve as pallbearers will be Gary Hazelwood, Carl Hazelwood, Steve Strope, John Lawrence, Mickey Irvin, Freddie Kessler, Mike Madden and Jerry Armstrong. Honorary pallbearers include Norman Vance, Craig Casey, Joe Malero, Joe Humphreys, Bobby King, Jim Robinson, Clint Murley, Don Bomar, Bo Bates, Jeff Hall, Chris Richardson, Greg Poston, Jarred Stafford and members of the 9/10 and 11/12 All-Star State Tournament Teams from Bolivar. Richard departed this life Tuesday, June 22, 2021 at his home surrounded by his loving family. He was born in Whiteville, TN on Saturday, February 27, 1954 to the late James Davis and Edith Louise Henson Hazelwood and spent his elementary school years in Tunica, MS before his family moved back to Hardeman County where he remained throughout his life. United in marriage to the former Cindy Smith on August 9, 1974, he worked over 30 years for the State of Tennessee: from 1976-1984 for the Department of Revenue Commercial Enforcement; from 1984-1996 for the Department of Safety in Motor Vehicle Enforcement; from 1996-2004 for the Department of Safety in Commercial Vehicle Enforcement (THP); and from 2004-2007 as Tennessee Highway Patrol State Trooper. Richard was deeply involved in athletics for many years. He coached baseball for his sons and others from 1984-2001 and again, coached softball for his granddaughter's team in 2010. He led the reconstruction the Lions Club Baseball Field in Bolivar and was instrumental in bringing the first Dixie Youth State Baseball Tournaments to Bolivar in 1999 and 2001. An avid Bolivar sports fan and golfer, he spearheaded efforts to raise money for new greens at Hardeman County Golf & Country Club. He also officiated many football, basketball and baseball games for the TSSAA over a 40 year span. This eventually led to him receiving the Dr. Wayne Hinson 'Official Of The Year' award. Mr. Hazelwood was a member of the Bolivar First Baptist Church and was a devoted husband, father and grandfather who greatly enjoyed caring for and meeting the needs of his family. In addition to his wife of 46 years, Cindy Hazelwood, he leaves his daughter Erin (Bryan) Piefer of Bolivar; two sons, Bo (Melissa) Hazelwood of Cloverport and Tyler (Brittany) Hazelwood of Blytheville, AR; three sisters, Randi (Johnny) Breeden and Bonnie (Larry) Hindman, both of Erin, TN, and Peggy (Kevin) Tomlin of Jackson; five grandchildren, Maddy and Emmy Piefer, and Maggie, Will and Luke Hazelwood. He also leaves his four beloved "grand-dogs", Cletus, Molly, Oscar and Jack. Other than his parents, he was preceded in death by a sister, Linda Young; and his mother-in-law, Barbara Emerson Smith. Memorials may be sent to either the Kasey Kessler Memorial Scholarship or the Tyler Bomar Memorial Scholarship.

Services for Richard Hazelwood, age 67, of Bolivar, will be 1:00 pm, Friday, June 25, 2021 at Bolivar First Baptist Church with burial to follow in Bolivar Memorial Cemetery. Visitation will be Friday from 10:00 am until service time. The... View Obituary & Service Information

The family of Richard Hazelwood created this Life Tributes page to make it easy to share your memories.

Send flowers to the Hazelwood family.