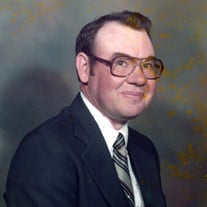 Roy M. Phillips departed this life on Friday, June 10, 2022, at the age of 78 years, 10 months, and 3 days. He was born in Clifton, Tennessee, on August 7, 1943, the son of the late Ray and Gladys Holt Phillips. On January 28, 1967, he was united in marriage to Margaret Claiborne, who survives. Roy was a farmer and a member of Mountain View Church of Christ, TVEC, and the CO-OP. He enjoyed collecting eagles, woodwork, reading, spending time with his family, and helping others. In addition to his wife of 55 years, Margaret Phillips of Clifton, Tennessee, Roy is survived by his sons, Larry Thomas Phillips and his wife Stacy, James Glen Phillips and his wife Glenda, all of Clifton, Tennessee and Joseph Benjamin "Ben" Phillips and his wife Angela of Cypress Inn, Tennessee; sisters, Nettye Beck and her husband Bruce of Murfreesboro, Tennessee, and Helen Joyce Brown and her husband Burt of Tupelo, Mississippi; grandchildren, Dustin Ray, Alexander Phillips, Chris White, and Justin White; great grandchildren, Eli Northcutt, Rachel White, Jonathan White, and Jamison White; sister-in-law, Maxine Phillips; and his beloved dog, Winston. Along with his parents, Roy was preceded in death by a brother, David Gene Phillips.

The family of Roy M. Phillips created this Life Tributes page to make it easy to share your memories.